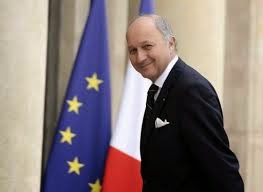 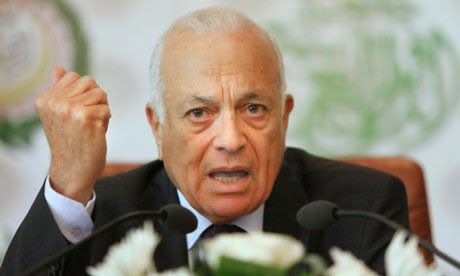 “I affirm complete support” for the campaign, he said at a meeting of Arab foreign ministers. “It is an operation against targets belonging to the Huthis who committed a coup.” 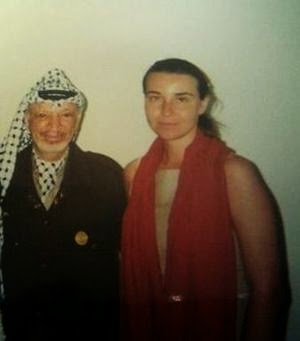 “I’m convinced that military action is not a solution,” Mogherini said in a statement. “At this critical juncture all regional actors should act responsibly and constructively, to create as a matter of urgency the conditions for a return to negotiations.” 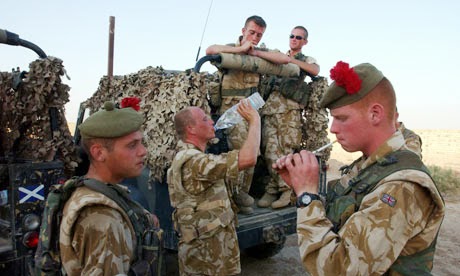 British Minister of Defense , Michael Fallon confirmed on Thursday that his country has carried out 194 air raid on ISIS organization’s site.

Michael Fallon pointed out that his country has trained one thousand soldiers in Iraq.”.

Fallon said in remarks before the defense committee of the British House of Commons, that his country would play a pivotal role in facing ISIS organization in Iraq, through air strikes and training Iraqi forces. “

The British defense secretary expressed his rejection for a parliamentary report that criticized the “shy and humble role ” of Britain in facing “ISIS.”

He added that “British troops have carried out 194 air strikes against” ISIS “in Iraq and sent 140 officers to train more than one thousand Iraqi soldier.”

He pointed out that Britain is leading the international coalition program against ISIS and contributes in training Iraqi forces to detect and dismantle improvised explosive devices.

The minister, in response to one of the results of the parliamentary report that the government has a clear strategy against ISIS which is reducing this extremist organization’s threats against Britain’s security and interests in the Middle East through direct confrontation across the international coalition to repulse its ideology in indirect ways.

Fallon noted that Britain also provided humanitarian aid worth some 40 million pounds of Iraq, as well as support for Prime Minister ,Haider al-Abadi in his efforts to achieve political reconciliation and economic reforms. 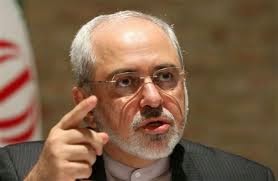 Iran demanded an immediate halt to Saudi-led military operations in Yemen on Thursday and said it would make all necessary efforts to control the crisis there, Iranian news agencies reported.

Warplanes from Saudi Arabia and Arab allies on Thursday struck Iran-allied Houthi forces fighting to oust the country’s Western-backed president. Saudi-owned al-Arabiya TV reported a ground offensive with troops from other Muslim states was being prepared.

“The Saudi-led air strikes should stop immediately and it is against Yemen’s sovereignty,” the Students News Agency quoted Iranian Foreign Minister Mohammad Javad Zarif as saying.

“We will make all efforts to control the crisis in Yemen,” Zarif said, according to the agency’s report from the Swiss city of Lausanne where he is negotiating with six world powers to resolve a years-old dispute over Tehran’s nuclear ambitions.

Earlier on Thursday, the Foreign Ministry in Tehran called for an end to the military operation.

“Iran wants an immediate halt to all military aggressions and air strikes against Yemen and its people,” Fars quoted Foreign Ministry spokeswoman Marzieh Afkham as saying.

“Military actions in Yemen, which faces a domestic crisis, … will further complicate the situation … and will hinder efforts to resolve the crisis through peaceful ways.”

Violence has spread across Yemen since last year, with Houthi militia seizing Sanaa and sidelining U.S. ally President Abd-Rabbu Mansour Hadi. It has made Yemen a front in Saudi Arabia’s region-wide rivalry with Shi’ite-dominated Iran.

Tehran denies providing money and training to the Shi’ite Houthi militia in Yemen, as alleged by some Western and Yemeni officials.

Yemeni Foreign Minister Riyadh Yaseen called on Monday for Gulf Arab help to prevent the Houthis from gaining control of its Yemeni airspace.

Afkham warned that the Saudi-led “aggression is a dangerous move which is in violation of international responsibilities for respecting the sovereignty of countries. It will lead to the spread of terrorism and extremism in the Middle East region.”

Negotiations between Iran and six powers in Lausanne are aimed at striking a detailed political understanding by the end of March and reach a full agreement by June 30.

Saudi Arabia fears that the atomic deal would leave the door open to Tehran gaining a nuclear weapon, or would ease political pressure on it, giving it more space to back Arab proxies opposed by Riyadh.

“I am concerned by the impact of regional and international events on the nuclear talks,” Iran’s nuclear chief Ali Akbar Salehi told reporters in Lausanne, saying there were people “who are trying to ensure there is no deal.” 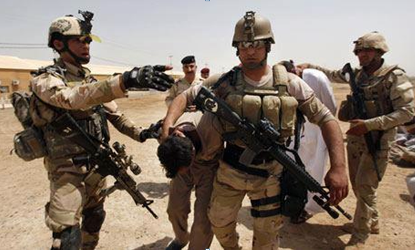 On Wednesday, Baghdad Operations Command announced, that 54 terrorists have been either killed or injured in an operation by the security forces in eastern al-Karma.

Baghdad Operations Command said in a statement obtained by IraqiNews, “Our security forces have managed to kill 49 terrorists and wound 5 others in a security operation in eastern al-Karma,” pointing out that, “The operation has also resulted in destroying 7 hideouts for the terrorists and cleansing the area of 32 explosive devices.” 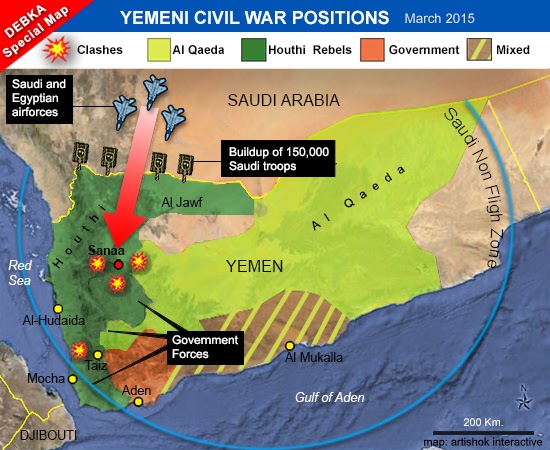 Turkey said on Thursday it supports the Saudi-led military operation against Houthi rebels in Yemen and called on the militia group and its “foreign supporters” to abandon acts which threaten peace and security in the region.

The Turkish foreign ministry said in a statement that Saudi Arabia had informed Ankara about the operation beforehand and that it believed the operation would revive legitimate state authority and prevent the risk of civil war. 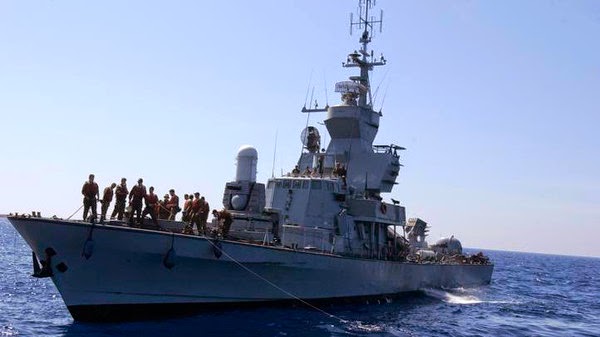 Four Egyptian naval vessels have crossed the Suez Canal en route to Yemen to secure the Gulf of Aden, maritime sources at the Suez Canal said on Thursday.

The sources said they expected the vessels to reach the Red Sea by Thursday evening.

Warplanes from Saudi Arabia and Arab allies struck the Shi’ite Muslim rebels fighting to oust Yemen’s president on Thursday, a gamble by the world’s top oil exporter to check Iranian influence in its backyard without direct military backing from Washington. 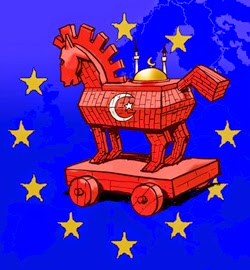 Before the beginning of the meeting, Chairperson of Italy’s Senate and Chamber EU policies Committees Michele Bordo said Italy is “convinced” that Turkey “needs to be in the EU.”

“Turkey is playing an important role in the stability of the Middle East and Mediterranean with its history, culture and strategic location. Turkey can make a meaningful contribution to Europe’s economic growth and the expansion of its values.”

During his visit to Italy, Bozkır will exchange views on Turkey’s EU negotiation process and bilateral relations between Turkey and Italy.

After signing a partnership agreement with the European Economic Community in 1963, Turkey applied for EU membership in 1987 and accession talks began in 2005.

To gain membership, Turkey must successfully conclude negotiations with the EU in 35 policy chapters, which include reforms and the adoption of European standards.

So far, 14 chapters have been opened, while 17 remain blocked and another four have yet to be discussed.

Bozkır visited Brussels on March 20 to pave the way towards opening Chapter 17 regarding economic and monetary policies. He also called for the opening of Chapter 15 regarding energy. 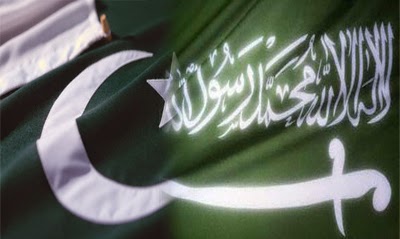 Saudi Arabia said Thursday that five Muslim countries including Egypt and Pakistan want to participate in the Gulf-led military coalition against Huthi rebels who have seized large swathes of Yemen.

Together with Jordan, Morocco and Sudan, they have “expressed desire to participate in the operation” against the rebels, which the kingdom dubbed “Firmness Storm”, Saudi SPA state news agency said.

Saudi Arabia and four other Gulf states, including Bahrain, Kuwait, Qatar and the United Arab Emirates, announced earlier a decision to “answer the call of President Hadi to protect Yemen and his people from the aggression of the Huthi militia.”

The kingdom’s ambassador to the United States announced from Washington that a coalition of 10 countries, including the five Gulf monarchies, had been set up to protect the Yemeni government.

Adel al-Jubeir did not name other members of the coalition.

The United States said it would provide “logistical and intelligence support” to the operation.

Saudi-owned al-Arabiya news channel said the UAE sent 30 jet fighters to Saudi Arabia to take part in the air strikes, while Jordan will be participating with six aircraft.

The channel also said that Egypt and Pakistan would dispatch jet fighters and warships to take part in the campaign.

Yemeni President Abedrabbo Mansour Hadi had urged Arab countries to intervene militarily as anti-government forces closed in on the southern city of Aden, where he had taken refuge.

Yemen has been gripped by growing turmoil since the Huthi rebels overran the capital Sanaa in September.
Iran condemns Saudi strikes in Yemen as ‘dangerous step’

Iran condemned regional rival Saudi Arabia on Thursday for launching air strikes on Huthi rebels in Yemen, saying it was “a dangerous step” that violated “international responsibilities and national sovereignty.”

Foreign ministry spokesperson Marzieh Afkham said that the military action would “further complicate the situation, spread the crisis and remove opportunities for a peaceful resolution of Yemen’s internal differences.”

“This aggression will have no result except to spread terrorism and extremism, and increase insecurity throughout the region,” she said in a statement, calling for an immediate halt to the air strikes.

Her comments were echoed by Alaedin Boroujerdi, the head of the Iranian parliament’s national security and foreign policy committee, who accused Saudi Arabia of irresponsibility.

“The fact that Saudi Arabia has fanned the flames of a new war in the region shows its carelessness,” he said, in comments carried by the Fars news agency.

“The smoke of this fire will go into the eyes of Saudi Arabia as war is never limited to one place only. We hope this military operation will be halted immediately and the Yemen problem solved through political means.”

“America, which leads the fire mongering in the region, has supported this act and no doubt Saudi Arabia and some countries in the Arab cooperation council would not get involved without America’s permission,” he said.

“Having imposed long years of crisis in Iraq, Syria and Afghanistan, America has in practice started another crisis and massacre on the Islamic world and this act is strongly condemned,” he added.