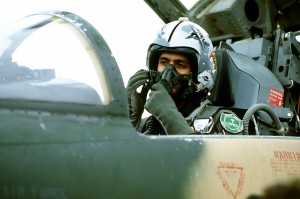 The blitz has claimed hundreds of mainly civilian lives but has left the rebels in control of the capital and much of the country’s north.

Air raids hit the rebels as ground fighting between supporters of exiled President Abed Rabbo Mansour Hadi and the combined forces of the Houthis and troops loyal to former president Ali Abdullah Saleh continued in both areas.

Strikes in the central city of Taiz were concentrated on a rebel-held military headquarters near the old airport, while bombing of Aden focused on outlying districts.

Iran has provided political and humanitarian support to the Houthis, but both Tehran and the rebels deny that it had armed them.

Prior to Saudi Arabia’s recommencement of hostilities, both its own backers in the US and the Houthis’ in Iran had welcomed the decision to end the assault known as Decisive Storm and to launch a new approach called Renewal of Hope.

“We believe that this was a positive step,” said Iranian Foreign Ministry spokeswoman Marzieh Afkham, adding that “political co-operation” by all parties was needed to resolve the crisis.

In Washington, the Obama administration welcomed the conclusion of the Saudi-led bombings, saying that it looked forward to a shift from military operations to a quick resumption of negotiations.

“We strongly urge all Yemeni parties, in particular the Houthis and their supporters, to take this opportunity to return to these negotiations as part of the political dialogue,” said national security council spokeswoman Bernadette Meehan.

The Saudi air campaign, launched with Washington’s backing on March 26, was aimed at crushing the Houthi-Saleh alliance, but the rebels and their allies have lost little ground.