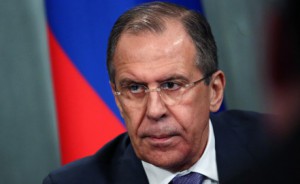 Russian Foreign Minister Sergei Lavrov said that the [so-called] Islamic State group was Moscow’s greatest enemy, notwithstanding the strained relations with the United States over the Ukraine conflict.

“I believe IS is our greatest enemy right now,” Lavrov said in an interview with Russian radio stations when asked whether he considers China, IS or NATO Russia’s greatest threat.

“They are already returning home. They come here to rest after fighting and can get up to dirty tricks at home,” he said.

“As far as (relations with the) United States are concerned, these are state issues, these are issues of the world order, which have to be resolved through talks.”