You are here: Home / Analysis / The 100 days of Taliban: Afghanistan is on the verge of economic disaster, famine, and starvation 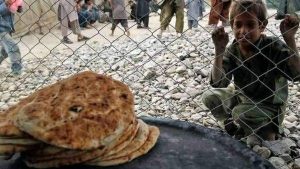 After a 20-year war against the US-backed government, 15th of August, 2021 The Taliban entered Kabul without resistance from government forces headed by Mohammad Ashraf Ghani on the day of history in Afghanistan, only hours after Mr. Ghani departed the presidency and fled Afghanistan. US troops, along with the rest of the US-led forces, fled after a 20-year invasion, like reported by eurasiareview.com.

At first, their arrival in Kabul and takeover were peaceful and without clashes, giving people hope for a better security and economy. However, this hope did not last more than a few weeks, as the Taliban appointed unskilled and especially Haqani network members – who were on the UN and US blacklists – to key positions in their caretaker cabinets.

Afghanistan has paid a high price in every revolution; similar to the overthrow of Dr. Najibullah’s government in 1992 by Mujahidin, once again Afghanistan’s 20-year-old national army, police, and security forces, which were unique in the region, were toppled in an eye blink, and nearly all of their equipment and weaponry were looted by opportunists, with some of them being sent to Iran and Pakistan. Meanwhile, Afghanistan’s government entities have been paralyzed, banks have gone bankrupt, and tens of thousands of young, well-trained professionals have fled the country.

Although the United Arab Emirates has resumed its mission in Afghanistan, and according to Taliban officials, some other countries, including Germany, are willing to reopen their embassies soon, none of the other powerful or even small countries, including the United States, Russia, and China, have formally recognized the Taliban-led government (Islamic Emirates) yet. Even for those countries with diplomatic missions in Kabul, such as China, Iran, Pakistan, and Russia, official recognition of a Taliban-led government is simply not an option, according to the Chatham House think tank.

In the same spirit, the acting foreign minister of the Taliban-led government remarked in a news conference held on November 11 in Pakistan (Troika Plus) meeting, “As for international recognition, what we are experiencing is that we are being recognized and treated as an official government of Afghanistan in our travels and in other cases,” he said. “Embassies are open inside our country, and we have embassies and representation in foreign countries.”

Since the military takeover, Afghanistan has been isolated internationally, with the Taliban-led government rejecting international community preconditions and misinterpreting some of them as intervention in Afghan domestic matters, failing to satisfy the requirements. The key condition of the US settlement with the Taliban has been adherence to women’s and girls’ rights to education and work, as well as no sheltering of terrorist groups and the creation of an inclusive government. As a result, the US has frozen around $9.5 billion in Afghan cash in its banks and has stopped providing financial assistance that had been offered to the former administration.

This was the stage when the Taliban-backed new administration, which was fragile and unprofessional, began to succumb to economic pressures and became bankrupt, unable to pay its fighter expenses, car gasoline, and other expenditures.

The Taliban’s spokesperson, Zabihullah Mujahid, then issued an alert to the international community, saying, “If the world does not want to be threatened by Afghanistan, it must publicly recognize us.”

“All of these issues indicate to the Taliban’s rapidly deteriorating condition, destiny, and humanitarian and economic disaster.”

Woman Rights And Freedom Of Speech
Since freedom of speech and work is a natural right of every legal resident of a country under international law, women are barred from working in government, and in most provinces, upper sixth grade girls are forbidden to attend school, Afghan women begin to fight for their rights, which the Taliban have taken away. They attempted to negotiate with the Taliban, but when that failed, they protested on the streets, according to a report by Human Rights Watch. The Taliban dispersed their protests by assaulting protestors and media covering them, and subsequently outlawed unlawful demonstrations.

Security Concerns
ISIS and other security threats are rapidly emerging, with deadly mosque blasts in Nengarhar, Kandahar, and Kunduz, followed by recent sticky bomb attacks on civilian targets in capital Kabul and rumors of the military and police forces joining ISIS, causing great anxiety among Afghans and putting their lives in jeopardy, while the government has lost control of the situation.

In the same regard, the UNAMA recently expressed its great concern about ISIS and the group’s fast growth in Afghanistan, stating that the situation is quickly deteriorating into civil war. The Taliban, on the other hand, dismissed these allegations, claiming that they had defeated ISIS.

Facing And Economic Catastrophe
Since the Taliban assumed power, the UN has frequently warned that Afghanistan’s economy is on the verge of collapse, which would exacerbate the refugee situation. Since mid-August, no one has been able to withdraw all of their money from the banks. The United Nations Development Program (UNDP) has issued a warning about the ‘colossal’ collapse of the Afghan financial system, stating that if the banking system crashes, it will take decades to restore (Reuters).

Despite rejecting the United Nations warning on the possible collapse of Afghanistan’s banking and monetary system, the Taliban-led government stated that they had taken the necessary steps to address the issue.

While, according to certain accounts in the media and Central Bank documents, the central and private banks’ reserves are practically drained.

According to media reports and the article’s sources, practically all government and non-governmental organizations have shut down or been paralyzed. Furthermore, the limited number of government servants who work for four hours every day (9 a.m. to 1 p.m.) three days a week have yet to get their three to four month salaries. As the war-torn country’s economy battles to stay afloat following the Taliban takeover, the Afghani currency has dropped to its lowest level in two decades (1 US dollar=94 Afghani). Fuel and food costs have surged by 75% as the currency’s worth versus the dollar has fallen (Guardian Newspaper).

Health Sector Crisis
In addition, starting in April, Afghanistan witnessed a third COVID-19 wave, according to the World Bank. Infection rates have reached record highs, according to the bank’s estimates, with fewer than 5% of the population completely vaccinated. “Output is projected to have declined considerably since the Taliban took control owing to the combined consequences of an abrupt halt in donor and government expenditure, trade disruptions, and banking sector dysfunction,” the source noted.

Furthermore, as a result of this chaos, the Afghan Japan hospital – the only large and well-equipped hospital for COVID-19 – has nearly come to a halt; its entire staff has gone on strike/walkout because they have not received their five-month salaries, the hospital’s medicine supplies are running low, and its oxygen-producing machines are nearly shut down,” the BBC reported. This isn’t the only hospital on the verge of closure; the whole public health system is in a state of emergency.

Considering the above facts regarding Afghanistan’s present situation, it is clear that the Taliban’s fragile and unprofessional temporary administration is completely incapable of handling the crisis and complex and chaotic scenario without immediate international support. Similarly, since the United States and the international community have made Afghanistan’s economy reliant on foreign aid over the last two decades, their withdrawal following the collapse of Ashraf Ghani’s government, and their failure to respond to the current humanitarian crisis in the country have contributed to an economic crisis that has pushed the country’s 23 million people into poverty and put them on the verge of famine.

Similarly, the country’s present economic turmoil is supporting ISIS’s quick growth and insecurity. On the one hand, extreme poverty and economic disaster are encouraging newly unemployed and defenseless individuals to join ISIS or other insurgent organizations, while on the other hand, the Taliban are unable to manage this situation due to their inept leadership and lack of monitoring reserves. This appears to be the calm before a terrifying storm. In 1992, with the collapse of the Dr. Najib administration, the same scenario and international community mistreatment led to Afghanistan’s worst and most brutal civil war. According to the assessments of the United Nations and other international agencies, realities on the ground, the efforts of civil war warlords to reclaim power, and historical facts, the current situation is in the 90s. It is still early on in the game, but if the international community does not act quickly, Afghanistan will descend into civil war and become a threat to global security.

As a result, the international community should not forget Afghanistan and the helpless Afghan nation, as they did in the 1990s after defeating the Soviet Union and seizing control of the mujahidin, because they will not be able to pay such high prices with their people’s blood and funds in the midst of the global economic crisis brought on by the COVID-19 pandemic.

Similarly, national and international media, organizations, and specialists should not campaign for the growth of ISIS and civil conflict, either purposefully or accidentally; instead, they should ask the international community to aid the hapless Afghans and ensure the world’s safety.

Meanwhile, the international community and the United States should free Afghanistan reserves and begin humanitarian aid for the benefit of the majority of Afghans who are suffering starvation and terrible poverty, not to prop up the existing regime.

Furthermore, this reserve release should be closely watched and used as a motivator for the Taliban-backed administration to respect women’s rights, pay attention to human rights, and eliminate ties with terrorist groups.