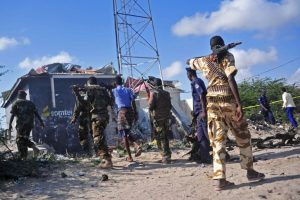 Several explosions and gunfire were heard in many parts of the capital, shortly after midnight, according to witnesses, like reported by horseedmedia.net.

There was an explosion in Kahda, which targeted the district police station, followed by heavy gunfire, which took place at the same station, according to witnesses.

Shortly afterwards, a second explosion occurred at a checkpoint in the Dar es Salaam neighborhood.

There are no official reports of casualties so far. Al Shabaab claimed responsibility for the bombings.