You are here: Home / West Asia / Security implications of Taliban’s takeover in Afghanistan on Central Asia 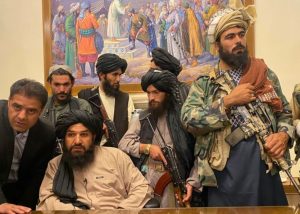 The Taliban’s dramatic takeover of the Nimruz Province’s of Afghanistan on August 6, 2021 which finally forced the Afghan President Ashraf Ghani to flee the nation on 15 August, 2021 has raised severe concerns of security and regional instability in Central Asia, like reported by eurasiareview.com.

The events of Afghanistan have a wider regional impact due to its strategic location which connects the Arab and Persian region with Central Asia and the Indian subcontinent. The Soviet invasion of Afghanistan in 1979 is marked as a critical point in the geopolitics of the region. The Afghan jihad, which was allegedly planned and funded by the US, Pakistan and Arab Gulf countries was one of the major repercussions of the Soviet invasion. Though Afghan jihad was successful in halting Soviet advances, it eventually led to the emergence of the Taliban and Al-Qaeda which caught the international spotlight.

With concerns of the Taliban’s revival, the Central Asian terror organisations relaunched their operations with the help of radicals. This period was marked with an increase in armed fighting along the Afghan-Central Asian Republic border. By 2013, 3,000 IMU and IJU fighters were in the ranks of al-Qaeda and the Tehrik-e-Taliban Pakistan, working closely with the Taliban (TTP). These terror groups used the Af-Pak area as a base between 2008 and 2018 and carried out 19 terror attacks across the CARs, killing 138 people, mostly in Kazakhstan, Tajikistan, and Kyrgyzstan. According to a recent UN study, around 10,000 foreign militants from Central Asia, Pakistan, and China’s Xinjiang Uyghur Autonomous Region (XUAR) are present in Afghanistan which are majorly are in the ranks of the Taliban, al-Qaeda, and the Islamic State in the Khorasan Province (ISKP). The presence of Central Asian terrorist groups in Afghanistan such as the Islamic Movement of Uzbekistan (IMU), the Islamic Jihad Union (IJU), Jamaat Ansarullah, and others pose the danger of rise in terrorist activities.

Religion and Islamist groups in Central Asia
Cultural ties and religious networks with the Central Asian region, in addition to geography proximity have shaped the geopolitics of Afghanistan. Central Asian states are strongholds of moderate and traditional Islam as compared to other Islamic governments and radical Islamic groups in the region have limited powers. The Muslims in Central Asia are Sunnis of the Hanafi School of Islamic Jurisprudence, which hold the most liberal views among Sunni Islam’s four schools of law. Despite the widespread use of the terms “radical” and “militant” Islam to refer to these groups, Islamist movements in Central Asia are far from consistent. Some extreme Islamic groups consider jihad purely as a military endeavour and violence as a legitimate means of influencing politics in Muslim countries while some do not us force in their activities.

The Adolat, or justice movement group, originated in the Fergana Valley’s Uzbek region and was one of the first extreme Islamic movements. This densely populated region, which is divided officially between Uzbekistan, Tajikistan, and Kyrgyzstan, has emerged as the epicentre of Central Asia’s Islamic revival. The leaders of the Adolat movement advocated for the establishment of an Islamic state in Uzbekistan as a way to address the country’s widespread socioeconomic issues. The movement’s commanders fled to Tajikistan and fought in the Tajik Civil War (1992-1997). The Islamic Movement of Uzbekistan (IMU), which was responsible for a series of deadly attacks and raids across Central Asia, arose from the previous Adolat leadership. The IMU took shape in Uzbekistan in the summer of 1999 to overthrow the country’s secular government, but it eventually broadened its purpose to establish a regional Islamic caliphate.

Hizb ut-Tahrir is another Islamist movement with a substantial and expanding presence in Central Asia. It is a global movement that promotes Muslim unity through a pan-Islamist platform in contrast to the IMU, ETIM, and JaK. Hizb ut-Tahrir, on the other hand, adapted its ideology to the needs of locals in Central Asia and went on to achieve regional success. Though all Central Asian nations have outlawed Hizb ut-Tahrir and included them to their lists of “terrorist” organisations, Hizb ut-Tahrir asserts that it does not support violence in order to achieve its political goals.

There are some local variations of international Islamist groups, such as Akromiya (also known as Akramiya), which was created in 1996 in Andijan, Uzbekistan’s fourth-largest city in the Fergana Valley. The ideas and organisation of Akromiya are comparable to those of moderate Islamic movements around the world, such as the Nurcu and Fetullah Gulen movements in Turkey. Its founders focussed on Andijan as establishing an Islamic state throughout the country was impracticable. The Central Asian Republics (CAR) s’ security and stability will be significantly impacted by porous borders with Afghanistan and reinvigorated terror groups. Many radical and militant Islamic movements have resurfaced in Central Asia with moderate and traditional Islamic influences. The military campaigns against the Taliban and Al Qaeda post the 9/11 attacks in the United States has increased the strategic importance of the region due to the likelihood of terrorism and Islamic radicalization in the region.

International terrorist and religious-extremist organisations such as the Islamic Movement of Turkestan have established a stronghold in Afghanistan, posing a severe threat to the region’s countries’ security and stability. As regional governments fought to eradicate non-state-sanctioned religious groupings, their internal circumstances became increasingly precarious as these movements went underground and politicised.

According to the United Nations Security Council, there are various terrorist groups operating in Afghanistan, including indigenous ethnic Uzbeks and Tajiks as well as imported Uzbeks and Tajiks. Jamaat Ansarullah is primarily made up of Tajiks and is led by a Tajik national. Dushanbe has been pressing the Taliban to incorporate Tajik minorities in the new government on a regular basis. Both Uzbekistan and Tajikistan saw an increase in terrorism-related arrests in September 2021, including both international and domestic aspects. There were rising cases of threats across the border and infrequent arrests of labour migrants purportedly connected in terrorist organisations or persons within the country.

Disenfranchised ethnic minorities in Afghanistan, such as Tajiks and Uzbeks, have joined the Taliban’s struggle, contributing to the Taliban’s recent victories and growth. The authoritarian nature of Central Asian Republics with a lack of legitimacy, corruption and perceptions provide a fertile ground for propagation of terrorist groups. A generation of young adults in Kyrgyzstan, Tajikistan, and Uzbekistan, faced with a lack of opportunity and widespread corruption, are questioning their governments’ leadership – particularly in Uzbekistan, which has acquired greater religious freedom under President Shavkhat Mirzioiyev.

Terrorist organisations located in the Af-Pak region, such as the Islamic Movement of Uzbekistan (IMU), the East Turkistan Islamic Movement (ETIM), and Hizb-u-Tahrir (HUT), sought to destabilise Central Asian regimes. While establishing a Regional Anti-Terrorist Structure (RATS) in Tashkent in 2002, the SCO’s primary goal was to ensure regional stability. The SCO-Afghanistan Contact Group was established in 2005, prompting the SCO to hold a separate summit on Afghanistan in Moscow in 2009. The summit witnessed the participation of the UN Secretary-General, representatives from the US, EU, NATO, OSCE, CSTO, and the OIC. With security challenges shifting back to Afghanistan, particularly following the US withdrawal, the SCO would be preparing up to deal with the Afghan spill over to Central Asia.

Response of the Central Asian Republics
Central Asia’s general response to the Taliban is difficult, as the region’s viewpoints are far from uniform. Tajik President Emomali Rahmon has refused to negotiate with the Taliban, warning that Dushanbe will not recognise the new administration in Kabul if it damages the interests of ethnic Tajiks and other ethnic minorities in Afghanistan. Uzbekistan has taken a cautious approach to its concerted diplomatic and business engagements under the leadership of President Shavkhat Mirzioiyev’s elected in 2016. Trade and economic relations with Afghanistan were promoted offering new economic and trade potential .Kazakhstan, which does not share a border with Afghanistan, is sticking to its fabled multi-vector foreign policy by holding meetings with senior Russian government officials to discuss a coordinated response, as well as hosting temporary UN offices that were previously in Afghanistan. Turkmenistan whose hydrocarbon export economy is in shambles, is seeking Russian and Chinese security support for its 700-kilometer desert frontier with Afghanistan.

The latest catastrophic turn of events in Afghanistan has heightened concerns of cross border terrorism for Tajikistan, Turkmenistan, and Uzbekistan which share a 2,387-kilometer porous border with Afghanistan. Thousands of Afghan military troops and civilians have reportedly travelled into Central Asia in an attempt to flee the Taliban’s brutality since the military onslaught began. The Central Asian Republics were forced to reach out to the Taliban due to the deteriorating security situation and the emergence of emerging Central Asian terror organisations. On July 22, Tajikistan mobilised 100,000 active military personnel, 130,000 reserve officers and troops, and dispatched 20,000 security forces to the Afghan border. To avoid the tensions in its immediate neighbourhood from escalating into a full-fledged battle, Russia has dispatched military equipment to the Tajik-Afghan border under the Collective Security Treaty Organisation (CSTO)

Tajikistan has also expressed its concern over the Taliban’s expanding influence in the region. Tajikistan is concerned by the revival of the Tajik terrorist group Jamaat Ansarullah, also known as the “Tajik Taliban” in Afghanistan, which took over the strategic northern border by the Taliban. The Collective Security Treaty Organization (CSTO) has relocated Russian military assets to the Tajik-Afghan border (CSTO)to check the tensions in its immediate neighbourhood from escalating into a full-fledged battle.

Russia conducted military drills with Uzbekistan and Tajikistan at 20 kilometres from the Afghan border to showcase its military preparedness in the event of a Taliban misadventure or any other terror group from the region. The Central Asian Republic leaders held a meeting in Turkmenistan on August 6 to discuss the regional concerns in the wake of Afghanistan’s escalating security crisis. They discussed the existence of Central Asian terror groups within Afghanistan’s borders and highlighted their concern about Afghanistan’s security.

The Central Asian countries have been strengthening their diplomatic ties and domestic security to deal with the security concern in the neighbouring Afghanistan. The recent Taliban takeover has posed significant political and security hurdles to Central Asian region. The Afghanistan crisis has exposed large swaths of the population to more extremist forms of Islam. Taliban’s jihadist ideology may inspire domestic Islamic groups to become more active in the region, as happened in the 1990s when the Afghan mujahideen’s propaganda spread quickly throughout Central Asia. Political changes in Afghanistan with the control of Taliban has a spill over impact across Central Asia (CAR). The condition of affairs in Afghanistan, which has been unravelling since the Taliban’s takeover has prompted Central Asian countries to rethink their relations in order to avoid mutual terrorization and work together to stabilise the region.