You are here: Home / Analysis / Russia and Turkey’s role in Africa gains spotlight 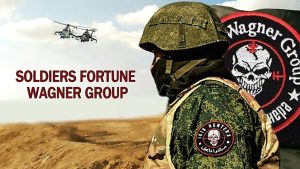 Over the last week reports that Russia might send contractors to Mali have raised eyebrows in Europe and the West, as the US and Russia are in rising tensions over Ukraine. It is also part of the wider tensions between Russia and the West, like reported by jpost.com.

Russia and Turkey, as well as China, have increasingly been playing a more muscular role abroad. That includes drone sales by Turkey, Iran and other countries to Ethiopia. It includes a role by Turkey in Somalia as well as Mali and the Central African Republic, sometimes as UN peacekeepers. Russia and Turkey play a role in Libya as well.

Meanwhile, Russia was accused by Western countries of sending private military contractors to Mali. Russia has denied the reports. This matters to Russia. TASS media in Moscow says “the government of Mali debunked the accusations made by Canada and a number of European countries about the alleged deployment of a private military corporation (PMC) in the country in a statement.”

According to this narrative, the government of Mali “officially rejects these groundless accusations and demands proof from independent sources.” The government of Mali noted that it “participates only in an inter-state partnership with the Russian Federation, its historic partner,” asking to “judge it by actions, not rumors.” The “Wagner” PMC is not mentioned in the statement, Tass says. “On September 25, the Russian Foreign Minister disclosed that Mali contacted a Russian private military contractor for aid in combating terrorism, adding that Moscow is not involved in this deal.”

So what is happening in Mali and the Sahel in Africa?

However, extremist groups have been growing in Nigeria and across a swath of countries. These countries are now looking increasingly to China for financial deals and possibly to Russia or Turkey or other countries for military deals that could mean advisers or contractors.

This comes as the US is drawing down in places across Africa. In 2017, four US personnel were killed in Niger. But these days, the US wants to reduce its role in places like Niger or Somalia. The vacuum will mean Russia, Turkey, China and even Iran step in.

In fact, media reports argue that France’s inability to stop jihadist threats across the Sahel, in places like Mali, will open the door to Russia. European countries are coordinating concerned Statements about this development.

Czech Republic’s Foreign Ministry, for instance, wrote “together with partners, the Czech Republic deeply regrets Mali’s decision to invite mercenary troops of the Russian Wagner Group to its territory, with Russia participating in their deployment.”

What matters here is whether this is part of the broader trend whereby Western countries and the US are reducing their footprint and role in areas such as Africa and the Middle East and whether the end result will be more of a role for Russia, Turkey, China and others.

Whether those countries will clash over influence or coordinate in these countries remains to be seen. What is symbolic is how this slow-moving shift is increasingly part of the broader tensions between Moscow and the West.