You are here: Home / Analysis / Persistent Islamic terrorist threats in the Philippines: continuing challenges in 2022 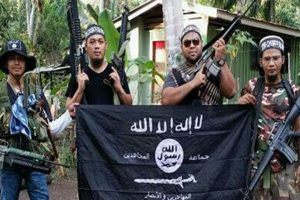 Recent developments in Afghanistan with the take over of the Taliban after the US military withdrawal can provide the fertile ground for terrorist threats in the Philippines to grow and persist. While the Taliban government poses no threat to the Philippines because of its current preoccupation to domestically govern rather than to spread global terror, there are terrorist groups in Afghanistan posing clear and present danger to Philippine national security.

One terrorist group that can seriously endanger Philippine security is the Islamic State Khorasan (ISK), the group responsible for the suicide bombing of Kabul International Airport in August 2021 and many other recent bombing attacks in various provinces of Afghanistan. Though Al-Qaeda can also be a threat in the Philippines because the Jemaah Islamiya remains active in Indonesia, most of its Muslim Filipino followers, however, have defected to ISIS for pragmatic, religious and personal considerations.

The ISK was the main conduit of the Islamic State Central in order to fund the 2017 Marawi siege, the 2019 Jolo Cathedral bombing, and other terroristic activities in the Philippines like bomb training, combat training, and preaching of violent extremism. The ISK used primarily their Malaysian and Indonesian operatives to fund these terror acts through their stealth networks in Afghanistan and Pakistan.

The ISK remains to be clandestinely connected with ISIS followers in the Philippines, particularly those associated with the Abu Sayyaf Group operating in Sulu, remnants of the Maute Group operating in Lanao provinces, and the Turaipe faction of the Bangsamoro Islamic Freedom Fighters (BIFF) operating in Central Mindanao, especially in Maguindanao.

The ISK is based in Afghanistan but it has the ability to conduct international operations. While it is actively operating in South Asia, especially in Pakistan, and in Central Asia, particularly in Uzbekistan and Tajikistan, the ISK has a very strong connection with IS followers in Southeast Asia based mainly in Indonesia, Malaysia, and the Southern Philippines.

The current ISK Amir is Shahab Al-Muhajir, an Iraqi citizen. Using the alias, Sanaullah al-Shadiq, he was a middle commander of the Haqqani network in Pakistan who trained foreign terrorist fighters from Southeast Asia including the Philippines. When he joined ISIS, al-Muhajir rose to become leader of the ISK. He masterminded the recent suicide bombing of Kabul International Airport.

If not prevented, the ISK can fund and support acts of terror in the Philippines because of its enormous intention to do so. The terror network established by the ISK to fund the Marawi siege and Jolo Cathedral bombing is still in place with their surviving sleeper cells still around waiting for mobilization. Though strict quarantine measures against the pandemic may have slowed down terrorist activities in the Philippines, acts of terrorism continue to disturb the peace as demonstrated by recent suicide bombing attacks.

Thus, terrorist threats have not actually disappeared despite some notable achievements in counterterrorism 20 years after 9/11 and four years after the Marawi liberation. With heightened activities of ISK, there is no doubt that terrorism is a persistent threat to Philippine security.

Where are the persistent threats coming from?
Threats mainly come from remaining elements of Abu Sayyaf Group, the remnants of the Maute Group now called Abu Zacaria Group, Turaipe Group of the BIFF, and the Nilong Group of the Anshar Khalifa Philippines, the Suyuful Khilafa Fi Luzon, and other pro-ISIS elements in the country from Luzon, Visayas and Mindanao and from ISIS-indoctrinated Overseas Filipino Workers (OFWs) in countries where ISIS operates. Threats can also come from the rouge factions of the Moro National Liberation Front (MNLF) and lawless elements of the Moro Islamic Liberation Front (MILF). Warlords, private armed groups, mercenaries, and lone-wolf personalities can also be sources of these persistent threats as they have complex interactions and tricky working relationships with violent groups in the country.

Members of New People’s Army (NPA), despite describing themselves as belligerents, also commit gruesome acts of terrorism. The NPA has an armed unit in the Bangsamoro region called Moro Army Committee (MAC) that is capable of mounting terror attacks. Unfortunately, MAC remains to be understudied and not appropriately investigated.

What have we learned 20 years after 9/11 and four years after the Marawi siege? What are the trends in terrorist threat landscape in the Philippines in 2022?

First, terrorism is dynamic problem. It evolves and adapts to the prevailing environment. Thus, members are resilient to survive. Members also innovate in order to persist. Thus, counterterrorism measures must also be dynamic and not static. Law enforcement authorities must be faster in innovation than the threats they are determined to counter.

Second, terrorism is multidimensional, complex and multifaceted. Thus, there is strong need to apply complex and not simple solutions to address its various dimensions and deal with its many facets. Their causes are intricate and their underlying origins are manifold. Terrorism appears in various sizes from small to large and in various spectrums from extreme left to extreme right. Terrorism is present in all religions, in all ideologies, in all political persuasions, and in all economic and social status. Hence, there is no one-size fits all to defeat terrorism. There is really a need for a comprehensive, holistic, and inclusive approach to combat terrorism in all aspects: militarily, politically, economically, religiously, socio-culturally, and even personally.

Third, terrorism is like a living organism that needs a territory to live. Terrorists need a space to declare a state, a province, and headquarters to establish their foothold. Thus, it is imperative to guard these territories against their incursions. But in this era of social media amidst the information age, a territory can now be virtual. They operate in the cyberspace as their new battleground. Thus, defeating terrorism needs to occur in the virtual world. It is essential to subdue terrorism in the cyberspace by developing counterterrorism cyber-warriors.

Fourth, terrorists are smart as they diligently and religiously study, learn and build their capabilities in order to wreak havoc and sow terror. They recruit not only foot soldiers from the marginalized sectors as their killing machines. They also recruit smart people like engineers, scientists, economists, political strategists, communication specialists, security professionals, intellectuals, religious scholars, social workers, public officials, bureaucrats, businessmen, and the like. They are capable of building fronts and support networks to carry out their malevolent agenda. Thus, we should be smarter that the terrorists. We should also study, learn and build our capabilities to be smarter than terrorists in order to maintain peace and prevent them from disturbing it. In short, we should outsmart terrorists and not allow them to outsmart us by building our own fronts and support networks against them.

In conclusion, there is a need to emphasize in 2022 that the Philippine government has enjoyed some gains in pursuing the Whole-of-Government Approach in countering terrorism with the implementation of the 2020 Anti Terrorism Law. The government has also made some achievements in Whole-of-Society Approach by implementing the National Action Plan to Counter and Prevent Violent Extremism (NAP-PCVE) launched in 2019 in order to fight terrorism at the community level through the community-based approach.