You are here: Home / Mediterranean / Libya: Turkey’s backed Syrian mercenaries receive less than half of their delayed salaries 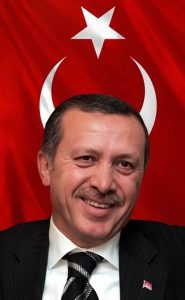 A large group of the Syrian mercenaries in Libya received the second installment of their salaries, which were reduced by 300 dollars.

The total sums granted to Syrian mercenaries in Libya in January amounted to 900 dollars each, while 10,500 Turkish liras were handed over to their relatives in the countryside of Aleppo.

On the other hand, no date has been set for the resumption of the departure of Syrian mercenaries from Libya.

Sources from the Syrian Observatory for Human Rights revealed that in the camps of Syrian mercenaries supported by Turkey in Libya, the increasing tension between the fighters and their leaders grew because of the miserable living conditions in the Tripoli camps, which turned into prisons after preventing fighters from leaving them, as commanders continue to deduct large sums of money from the fighters’ monthly salaries.

According to the Syrian Observatory, daily tensions take place between the Syrian mercenaries and their leaders, whether in Libya or in the areas controlled by the Turkish forces and their proxy factions in northern Aleppo, where the fighters send voice notes to their commanders, appealing to pay their wages and return them to Syria.

It is worth noting that there are approximately 7000 Syrian mercenaries supported by Turkey in Libya operating under the control of the various factions of the “National Army”.