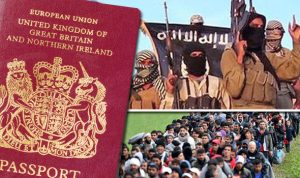 People with links to the Islamic State (ISIS) in Syria are purchasing high quality fake passports to travel to the EU and other locations worldwide, the Guardian reported on Monday (January 31).

The Guardian spoke with an Uzbek man in Turkey who offered such services through the app Telegram.

The Guardian said it was able to verify at least ten people travelled illegally across the Syrian border and later left the international airport in Istanbul using passports purchased from the Uzbek seller.

The sellers of forged documents told the Guardian while it was not possible to forge biometric chips, many at passport control did not bother to verify them, allowing holders of forged passports to cross through.

The majority travel to the EU but other popular destinations included West Africa, Ukraine and Afghanistan, according to the sellers, who said there were at least two cases of people entering Mexico with forged Russian passports and later traveling to the US.