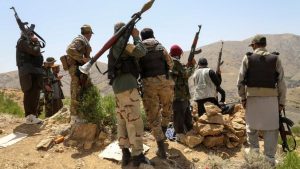 Despite lingering concerns among some officials in Washington that Afghanistan is on its way to once again becoming a terrorist haven, recent U.S. defense and intelligence assessments seem to indicate that at least for now, groups like Islamic State and al-Qaida are not ready to use the country as a launch pad for attacks against the West, like reported by voanews.com.

The appraisal from U.S. Central Command, the Defense Intelligence Agency and others is part of a just-released report by the Defense Department Inspector General examining the potential threats emanating from Afghanistan following the U.S. withdrawal from the country six months ago.

It runs contrary to concerns voiced since October by top Pentagon officials, who warned IS-Khorasan could be ready to strike at the West and at the U.S. in as little as six months, with al-Qaida regenerating the same capacity in as little as a year.

“Both al-Qaida and ISIS-K have the intent to conduct external operations,” Colin Kahl, Defense Department undersecretary for policy, told the Senate Armed Services Committee at the time, using an acronym for Islamic State’s Afghan affiliate.

The new assessments agree the intent is still there, just that leaders from both terror groups have other priorities.

IS-Khorasan Province, as the IS affiliate is also known, in particular seems more focused on solidifying its support within Afghanistan instead of preparing to strike at enemies further afield.

“The DIA assessed that ISIS-K is prioritizing attacks within Afghanistan over external operations,” the report said, noting a series of attacks against Taliban security checkpoints, as well as a deadly attack in November at a military hospital in Kabul that killed at least 25 people and wounded more than 50.

“ISIS-K’s targeted attacks on critical infrastructure highlighted the Taliban regime’s inability to provide basic security and worked to delegitimize the Taliban with the local population,” the report said.

It added that the DIA assessed IS-Khorasan “has probably exploited anti-Taliban sentiment and governance shortfalls to boost its recruitment, especially among marginalized populations.”

The report also warned that the group “maintains connections to fighters from countries across Central and South Asia, probably making the group a threat to U.S. interests in those countries.”

Intelligence shared by United Nations member states for a report issued earlier this month warned that IS-Khorasan has almost doubled in size since the U.S. withdrawal to nearly 4,000 fighters, and that the group again controls limited territory in the eastern part of the country.

Taliban officials have launched several efforts to crack down on IS-Khorasan, though a number of analysts have noted the various operations have met with limited success.

The same U.N. member states warned that al-Qaida, which has a longer history in Afghanistan, has enjoyed a “significant boost” since the U.S. withdrawal, noting “some of its closest sympathizers within the Taliban now occupy senior positions in the new de facto Afghan administration.”

“The Taliban has not permitted al-Qaida members to play a significant role in its so-called “interim government” and will likely aim to prevent al-Qaida attacks on the United States as it attempts to gain international legitimacy,” the report states, citing CENTCOM and the DIA.

But U.S. officials also assess that Taliban leaders are in no rush to sever ties with the terror group, despite their assurances to Washington as part of the Doha Agreement.

“The Taliban very likely will allow al-Qaida elements in Afghanistan to maintain a low profile within the country to preserve legacy relationships and avoid upsetting the most militant Islamic elements within the Taliban,” according to the inspector general report.

Al-Qaida in the Indian Subcontinent, a key affiliate, is thought to have up to 400 fighters in Afghanistan, some embedded with Taliban units.