You are here: Home / MidEastGulf / Iran has capability to make a nuclear bomb 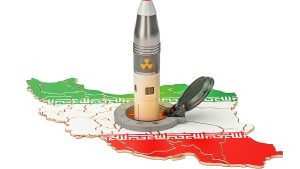 Iran has the technical means to make a nuclear bomb but does not intend to do so, the country’s head of atomic energy Mohammad Eslami said on Monday, like reported by thenationalnews.com.

The comments from Mr Eslami, reported by state news agency Fars, are the second such assertion made by a senior Iranian official in recent weeks about a nuclear bomb.

However, his comments were seen as a suggestion that the country may be interested in making weapons using enriched uranium despite a 2003 fatwa ruling by Mr Khamenei forbidding the production of any form of weapon of mass destruction.

Although the US, Israel and other Middle East states have expressed concerns about Iranian nuclear enrichment for military purposes, Tehran denies that intends to build an atomic bomb.

However, it is already enriching uranium to a fissile purity of up to 60 per cent, far above a cap of 3.67 per cent set under the country’s now tattered 2015 nuclear deal with world powers.

Uranium enriched to 90 per cent is required to make a nuclear bomb.

In 2018, Donald Trump, US president at the time, ditched the nuclear pact, under which Iran curbed its uranium enrichment work, a potential pathway to nuclear weapons, in exchange for relief from international economic sanctions.

Iran has responded to top EU diplomat Josep Borrell’s proposal aimed at salvaging the nuclear accord, and seeks a swift conclusion to negotiations, Tehran’s top nuclear negotiator said on Sunday.

On Tuesday, Mr Borrell said he had proposed a new draft text to revive the deal.

“After exchanging messages last week and reviewing the proposed texts, there is a possibility that in the near future, we will be able to reach a conclusion about the timing of a new round of nuclear negotiations,” Iranian foreign ministry spokesman Nasser Kanaani said.

The broad outline of a revived deal was essentially agreed on in March after 11 months of indirect talks in Vienna between Tehran and US President Joe Biden’s administration.

But talks then broke down over obstacles such as Iran’s demand that Washington should provide guarantees that no US president will abandon the deal in the same way Mr Trump did.

Mr Biden’s administration has said it cannot promise this because the nuclear deal is a non-binding political understanding, not a legally binding treaty.