You are here: Home / Senza categoria / Iran and Hezbollah in Colombia (and South America) 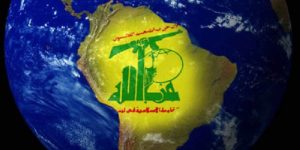 In late June, Colombian authorities neutralized a possible Iranian-backed assassination plot in Bogota that could have killed two Israeli businessmen on Colombian territory. The plot, which began to unravel in April, involved an Iranian operative, Rahmat Asadi, who allegedly recruited two Colombian cutouts to carry out the operation, like reported by meforum.org.

Thankfully, the assassination plot was thwarted, but it shows that the long arm of Iranian terror reaches Colombia.

Colombia’s swift action, in this case, has even more significance after Israel recently foiled a series of similar assassination plots in at least three countries in Africa and another in Cyprus, against Israeli businessmen and tourists. This is part of a foreign assassination campaign led by the infamous Qods Force, the elite arm of Iran’s Islamic Revolutionary Guard Corps, who is attempting to avenge the death of Iran’s nuclear program chief Mohsen Fakhrizadeh, who was killed in December 2020, and just one of many international covert terrorist operations that Iran carries out on a regular basis.

In a recent interview while on a visit to Israel, Colombian Defense Minister Diego Molano said that Iran and Hezbollah are “common enemies” of the two governments. This caused a diplomatic spat back in Bogota, especially after President Ivan Duque said that Colombia does not use the term “enemy” when referring to other nation-states, and highlighted Colombia’s long-standing diplomatic relationship with Iran dating back more than 45 years.

While it is true that Colombia has had diplomatic relations with Iran since 1975, they froze relations shortly after Iran’s 1979 Islamic revolution that turned the Middle Eastern country into the theocratic regime it remains today. Colombia did not restart relations until 1992, and since then Iran has had a lukewarm relationship with Bogota at best. This context was lost in recent commentary by some Colombian pundits and politicians who refer to Iran as a normal democratic nation looking to engage in trade and diplomacy with the country — instead of as an Islamist revolutionary regime that uses terrorism as part of its foreign policy.

That sobering lesson was learned in Latin America in 1994, with the brutal car bombing of the AMIA cultural center in Argentina that killed 85 people. Among the many things that Argentine intelligence officials discovered when investigating the AMIA attack is how Iran used its embassy in Buenos Aires to set up a dual-use commercial network of beef refrigeration plants that served as a terror finance mechanism for Hezbollah to carry out the largest Islamist terrorist attack in Latin America’s history.

Instead of enjoying a preferential trade relationship with one of the best exporters of beef in the world, Iran in the 1990s decided to exploit that relationship, and the Argentine people paid the ultimate price for its government miscalculating Iran’s nature and intent.

Today, the Iranian regime is even more global, more nefarious, and has many more weapons at their disposal. Among the most potent is disinformation.

Since January 2020, Tehran has been spreading a global disinformation campaign to rebrand the image of the world’s leading state sponsor of terrorism by using the symbol of the late Qods Force commander, General Qasem Soleimani. The death of Soleimani was a major setback for Iran, but in addition to reacting with force, the regime also responded with disinformation. They also named a surface-to-surface ballistic missile after him, the Martyr Hajj Qasem missile, and created a new non-profit organization with his name in Colombia.

In December 2020, a new book called Mi Tio Soleimani (“My Uncle Soleimani”) was published in Spanish and launched alongside a new Iran-supported Shi’a cultural center in Colombia called the ONG Shahid Soleimani, the same name Iran gave to the retaliatory strike against American targets in Iraq as an act of revenge for the US killing its terrorist leader. Essentially, the Iran-supported Shi’a cultural center in Bogota is trying to insert the symbol of a terrorist as if he had been a peacemaker, portraying Soleimani as sort of an Iranian Che Guevara, who was also not a peacemaker in Latin America.

More recently, in May 2021, Iran sympathizers amplified the #Soleimani hashtag in Colombia by connecting it to the national protests throughout the country. On May 2, in the midst of the Colombian protests, a Spanish account of Iranian Supreme Leader Ayatollah Khamenei kicked off the disinformation campaign in Colombia with a tweet calling Soleimani a “martyr.” After that, within three weeks, the #Soleimani hashtag was used in Colombia more than 8,000 times, tying it to more popular hashtags such as #NosEstanMasacrando, in a blatant attempt to capitalize on the protests to portray Soleimani as a figure who fought against injustice.

Some Colombians think disinformation is not enough to consider Iran an “enemy.” After all, Colombia has more direct threats coming from its historic, well-known enemies, the Revolutionary Armed Forces of Colombia (FARC-D) and the National Liberation Army (ELN).

It is worth remembering that the files recovered in October 2020 by the Colombian military from the computers of the killed ELN commander known as “Uriel” revealed audio recordings claiming that Iran “is very open” to the idea of providing all-expense-paid trips for ELN fighters to travel to Iran and receive training. On July 29, the Colombian military captured another computer, this time of the FARC leader known as “Gentil Duarte,” and discovered communications from last December stating that the group had established “diplomatic” relations with Iran.

FARC and Hezbollah have a long history of collaboration dating back to the AMIA bombing, when a Colombian-born senior Hezbollah operative, Salman Raouf Salman, worked with FARC to smuggle explosives from Lebanon to the Tri-Border Area to use in the attack in Argentina. More recently, in May 2020, the US Justice Department indicted a Syrian-Venezuelan dual national for working with Hezbollah to set up a cocaine-for-arms scheme that, in 2014, allegedly brought a cargo plane full of rocket-propelled grenades, AK-103s, sniper rifles and other small arms from Lebanon to Venezuela for delivery to FARC.

Crime and corruption are the bread and butter of how Iran and Hezbollah have gained a strategic advantage in the Middle East. Look no further than Lebanon and its raging economic crisis to see how Hezbollah exacerbated crime and corruption to gain control over the government. Or in Yemen, where rampant corruption led to a surge by Iran-backed Houthi rebels, who recently stormed the US Embassy in San’a to take hostages.

Part of the process of evaluating whether Iran and Hezbollah are enemies is to recognize how these actors operate around the world and then educate the public as to what they are doing in your country. In doing so, rather than creating an “enemy,” you are helping your country to be more aware of one of the largest threats worldwide to stability and peace.