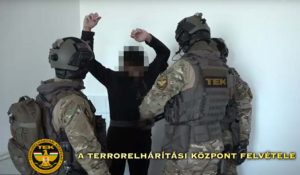 Hungarian prosecutors have charged a 22-year-old man with plotting an Islamist terror attack with an accomplice in the country last year, prosecutors said in a statement on Wednesday, like reported by jpost.com.

It said the man, who prosecutors said had converted to Islam in a Budapest mosque in June 2020, pledged loyalty to Islamic State in the spring of 2021.

Prosecutors said the man was planning to execute an attack to intimidate Europe’s population, based on the charges brought against him.

They said the man and an unnamed accomplice had in May discussed ways online to execute the attack, which would have involved the defendant ramming pedestrians in a lakeside resort in Siofok and his accomplice blowing up a nail bomb in Budapest.

The man, who is under arrest, is also charged with making preparations to obtain the components required for the bomb. Hungarian special forces and prosecutors foiled the attack in June this year, the statement said.