You are here: Home / Senza categoria / Hamas and Hezbollah’s bad week in the West 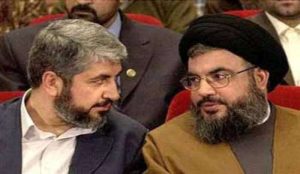 The Hamas and Hezbollah terrorist groups have suffered a bad week in the Western world, like reported by washingtonexaminer.com.

In a number of separate but mutually supporting actions, various governments and courts enforced new terrorist designations against the groups. These designations will make it harder for Hamas and Hezbollah to raise revenue, advocate for their causes, and organize foreign terrorist activities.

The counter-terrorist actions began last weekend when Britain’s Home Secretary, responsible for domestic security, announced that Hamas’s political wing would be proscribed as a terrorist organization. Until now, only Hamas’s military wing, the al-Qassam Brigades, was proscribed in the U.K.. The shift means that any political, charity, or lobbying support for Hamas will now be illegal.

Those engaged in such support will be liable to stiff criminal penalties, including long prison terms. Home Secretary Priti Patel is the driving force behind this change. Patel’s support for Israel cost her a ministerial job under Theresa May’s government. Current Prime Minister Boris Johnson is seen as more friendly to Israel, however.

Britain’s action was followed by a ruling, on Tuesday, from the European Union’s highest court. Ending years of confusion, the European Court of Justice decided that a lower court had been wrong to remove Hamas from the political union’s terrorist groups list. The impact of this decision will be significant, restricting support for Hamas across the EU’s 27 member states. At the margin, it should also mean less aid money flowing directly into Hamas coffers in the Gaza Strip.

Finally, on Wednesday, Australia proscribed the entirety of Hezbollah as a terrorist organization. This overdue action was likely precipitated by Australia’s growing concern over the Iranian Revolutionary Guard Corps’s use of Hezbollah for proxy attack plots in the West. But it should set an example for the EU, which only proscribes Hezbollah’s military wing. In the coming months, Australia is expected to match Britain’s proscription of Hamas in its entirety.

The Palestinian Authority in the West Bank is increasingly unstable, for example, and faces resurgent Hamas pressure. Hamas supporters in the Western-allied Sunni Arab monarchies may now temper their support and encourage the group’s negotiating moderation in fear of attracting greater Western pressure against their own interests.

Similarly, Hezbollah’s corrosive influence in Lebanon threatens a second civil war in that fractured nation. It is thus important that the West advance a unified stance in opposition to Hezbollah’s blackmail over much-needed political reform in Beirut.

But the most basic takeaway here is the most simple: These terrorist groups are finally being treated for what they are — fanatics who spill innocent blood and undermine democratic peace processes.