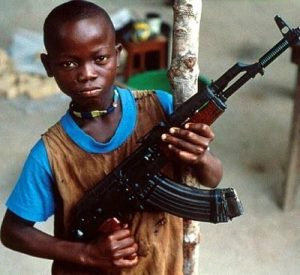 Children living in conflict zones in the Central Sahel region across Mali, Burkina Faso and Niger are facing a greater risk of illegal recruitment by non-state armed groups on a drive to attract young people after thousands of schools closed in the past two years due to increasing violence and COVID-19.

A new report commissioned by Save the Children and published by the Migration Studies and Research Group found a growing number of factors in the Central Sahel region were driving children into conflict at an alarming rate including a new deliberate and calculated recruitment strategy by non-state armed groups, including extremist groups, in the three countries.

Interviews in 23 locations with young people formerly involved in armed groups, local authorities and other decision makers found some children were forcefully recruited into conflict, others driven by poverty, while some felt the need to fulfil a religious duty, or for security and protection. But some were attracted by promises of pay, phones, or motorbikes by non-state armed groups.

It remains difficult to determine exactly how many children are associated with armed groups but researchers found the children recruited had dropped out of school or did not have access to a school system. Some children as young as seven were illegally recruited to gather intelligence on local communities for the non-states armed groups.

Save the Children, which has been present in the Sahel since the early 1980s, warned that the creation of more desperate circumstances for children in the region compounded by the impact of COVID-19 was putting boys and girls at a heightened risk of being recruited into conflict which is a grave violation of child rights and international humanitarian law.

The organisation also expressed concern over the failure to respond to targets to help children in the region that were set at a ministerial funding conference a year ago. More than 1.4 million people remain displaced in the region, more than half of whom are aged under 15.

Abdou, 21, joined an armed group operating in Burkina Faso while he was still a child:

“I spent more than four years in an armed group. I got to know this group by going to listen to their sermons. The fact that I was [not in school or working] pushed me and other young people to find an occupation and the only available [option] was to join a [an armed] group. At the time of recruitment, what was important was to have motivated people, people ready to follow them … the candidates they looked for are children aged 15 to 25 years.”

In Niger, Mouhamadou, 22, joined an armed group for three years after learning about it through friends.

“Two things encouraged me to join the armed group. The first was for jihad for religion and the second, they said [they would] pay me. I was promised one day I would become a civil servant.

“Penalties were imposed on children for errors. They are punished for treason or if they make the slightest mistake. The penalties are different depending on the nature of the slip. If you haven’t slipped a lot, we deny you food, we lock you in a place where you don’t know where you are. They can even be killed.

“I realized this is not the life I wanted to lead. It’s true that you make money in the group, but we don’t know what to do with it.”

In a new Policy Brief released today, Save the Children is calling on governments in the Central Sahel region and the international community to commit to funding education in emergencies, and protect children from recruitment. The call comes ahead of the Fourth International Conference on the Safe Schools Declaration in Nigeria next week.

“Violence, poverty, and insecurity are threatening the safety of millions of children across Burkina Faso, Mali and Niger. Children in the region are facing a dire protection crisis and they need access to education. Within the $200 million needed to respond to the Education crisis in the Sahel, only 11% have been mobilised so far[iv], while more than 4,000 schools are currently closed in the region, due to insecurity, putting over 800,000 girls and boys at an increased risk of recruitment.

“Before the COVID-19 pandemic, eight million children were out of school due to violence and insecurity. The longer they are out of school, the risk of forced recruitment will only increase. For a child in conflict, school provides access to a safe space to learn, protection from risks such as recruitment into armed groups, and provides a crucial sense of routine and calm.”