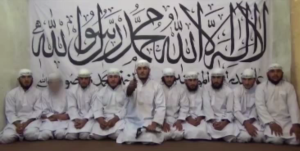 The Taliban recently announced it will establish a battalion of suicide attackers as part of the national army of Afghanistan. These “martyrdom brigades” will be “under the control of the ministry of defence and will be used for special operations,” according to Taliban spokesman Zabihullah Mujahid, like reported by theconversation.com. This was condemned as “horrific and appalling” by Shaharzad Akbar, the chairwoman of the Afghanistan Independent Human Rights Commission.

Suicide missions and martyrdom have both long been associated with terrorist activity. Before sweeping into power in 2021, the Taliban used suicide bombers for 20 years to attack US, UK and Afghan troops. How do such activities fit within a military force?

The origins of suicide bombing can be traced to March 13 1881, when Ignaty Grinevitsky, a member of The People’s Will terrorist group, dropped a bomb at the feet of Tsar Alexander II outside the Winter Palace in St Petersburg, killing them both.

The night before the attack Grinevitsky wrote: “I believe that with my death I shall do all that it is my duty to do.” In that deadly act, Grinevitsky became the first recorded suicide bomber.

The Viet Minh used “death volunteers” in the battle for Dien Bien Phu in March 1954, during the war between Vietnamese guerrillas and French colonialists in Indochina, while Lebanon’s civil war sparked the beginning of the current major phase of suicide bombings

In the 21st century, suicide bombings in Afghanistan, Pakistan and Iraq have become a regular occurrence – the weapon of choice of some terrorist organisations. Two forms of violence dominated the Taliban insurgency against the western presence: victim-activated improvised explosive devices (IEDs) and suicide bombings in populated areas. Many of the attacks in Afghanistan were carried out by children, some as young as nine. These children were easy to radicalise and to convince that their death “for the cause” would make them into “martyrs”.

‘Martyrs’ for jihad
The concept of martyrdom (“martyr” is Greek for “witness”) is of crucial importance in monotheistic religions. In early Christianity, the apostles were “witnesses” of what they observed in the life of Christ. As such they were exposed to grave dangers, including suffering the ultimate penalty for their convictions – so the word came to refer to someone who would willingly allow themselves to be put to death rather than deny their faith. This would also guarantee entry to heaven.

Martyrdom became a central feature of jihad in the 9th century. From the beginning, writers on jihad emphasised its spiritual aspect: a person soiled by sins could undertake jihad to purify his spirit. A mujahid – one who performs jihad – has his sins cleansed both by fighting and by becoming martyred.

It is this kind of expectation of rewards in an afterlife and promises of paradise that are involved in radicalisation. As such, these may be employed in the recruitment of Afghanistan’s martyrdom brigades. Such recruitment strategies will then involve both a religious element, associated with the concept of martyrdom and its rewards, and a military element of indoctrination. This involves army training aimed at preparing soldiers for killing, fostering a collective identity and enforcing subordination and obedience.

New type of warfare
Against whom will these suicide battalions be deployed? Islamic State Khorasan (ISIS-K) has been responsible for nearly 100 attacks against civilians in Afghanistan and Pakistan, as well as 250 clashes with the US, Afghan and Pakistani security forces since January 2017.

With support from the Islamic State’s core leadership in Iraq and Syria, ISIS-K has increasingly turned to Afghanistan, launching daily attacks against the Taliban, ambushing, bombing and assassinating its operatives. It also continues to conduct mass-casualty attacks against civilians, targeting the Hazara Shia minority.

But the Taliban has used violence against civilians too. It was reported that at least 20 civilians have been killed in Afghanistan’s Panjshir valley, which has seen fighting between the Taliban and opposition forces, despite promises of restraint by the Taliban.

According to a report by the United Nations Assistance Mission in Afghanistan (UNAMA), the main cause of civilian casualties during the first half of 2021 were IEDs, which are used by ISIS-K as well as the Taliban. These amounted to 38% of all civilian casualties.

The use of pressure-plate IEDs, nearly all by the Taliban, resulted in 42% more civilian casualties than during the same period in 2020. Pressure-plate IEDs, which can be triggered even by a child stepping on them, are indiscriminate and illegal. UNAMA has called on the Taliban to ban their use.

In the past two decades, suicide bombings have been associated with insurgency, terrorism and irregular warfare. It’s an apocalyptic and utopian insurgency, where religious punishments and rewards form the basis for action. Now – a little like the Kamikaze before them – they are to be members of a national army, bestowed with recognition and legitimacy. It is a sort of state terrorism where the state safeguards neither civilian, nor soldier.