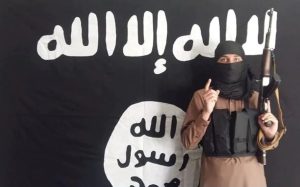 The United Nations special envoy to Afghanistan has given a significant update on the Islamic State’s expansion within the country, like reported by asiaplustj.info.

The U.N. Special Representative Deborah Lyons on Wednesday delivered a bleak assessment of the situation following the Taliban takeover, saying that The Islamic State – Khorasan Province (ISKP), an affiliate of the Islamic State terror group, has grown and now appears present in nearly all 34 provinces.

She told the U.N. Security Council that ISKP had once been in a handful of provinces but are now in almost all of them.

“Once limited to a few provinces and the capital, ISKP now seems to be present in nearly all provinces, and increasingly active,” Lyons said, according to Reuters , before noting that the number of ISIS attacks had increased by more than 500% from this year compared to last.

She said there had been 334 ISIS attacks this year, compared to only 60 last year.

The Taliban “appears to rely heavily on extrajudicial detentions and killings” of ISIS-K members in order to prevent their continued growth, Lyons said, noting that they seem to be making “genuine efforts to present itself as a government.”

The Taliban now lead the country and have been doing so since mid-August, when they were able to overthrow Ashraf Ghani’s government and military, despite the incumbent government having the backing of the U.S. military.

Washington Examiner says the Taliban and ISIS are strong enemies and have fought since America’s withdrawal, though there are also concerns from Western countries that the Taliban could provide a safe harbor for ISIS and other terrorist groups to thrive.

The United States is hoping the Taliban can successfully fight off the Islamic State.

“We want the Taliban to succeed against ISIS-K,” State Department Special Representative Thomas West told reporters earlier this month. “When it comes to other groups, look, al Qaeda continues to have a presence in Afghanistan that we are very concerned about, and that is an issue of ongoing concern for us in our dialogue with the Taliban.”

The Islamic State – Khorasan Province (ISKP) is an affiliate of the Islamic State (IS) active in South Asia and Central Asia. Some media sources also use the terms ISK (or IS–K), ISISK (or ISIS–K), IS–KP or Daesh–Khorasan in referring to the group. ISKP has been active in Afghanistan and its area of operations includes Pakistan, Tajikistan and India where they claimed attacks, as well as Sri Lanka, the Maldives, Bangladesh and China where individuals have pledged allegiance to it. The ISKP and Taliban consider each other enemies.

The group was created in January 2015 by disaffected Taliban in eastern Afghanistan, although its membership includes individuals from various countries notably Pakistan, Bangladesh, India and Myanmar. Its initial leaders, Hafiz Saeed Khan and Abdul Rauf Aliza, were killed by US forces in July 2016 and February 2015, respectively. Subsequent leaders have also been killed; its leader Abdullah Orokzai was captured in April 2020 by Afghanistan’s intelligence service.

ISKP has conducted numerous high-profile attacks against civilians mostly in Afghanistan and Pakistan. In July 2018, ISKP bombings killed 149 in Mastung, Pakistan. In May 2021, an ISKP bombing killed 90 in Kabul. In August 2021, ISKP killed 13 American military personnel and at least 169 Afghans during the U.S. evacuation of Kabul, which marked the highest number of U.S. military deaths in an attack in Afghanistan since 2011.