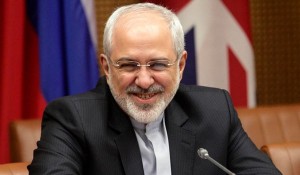 Fars.net wrote that Iran’s Foreign Minister Mohammad Javad Zarif said the negotiating teams from Iran and the six world powers have found solutions to a major portion of their differences and will start drafting the final deal later on Wednesday.

Speaking to reporters after marathon talks between Iran and the Group 5+1 (the five permanent UN Security Council members plus Germany) in Laussane, Switzerland, early Wednesday morning, Zarif voiced pleasure in the latest round of the negotiations and said, “Very good progress was made in the talks.”

Asked if differences have been resolved, Zarif said, “Solutions have been fully specified for most issues.”

“Drafting should, of course, start this morning,” he added.

He said the seven nations will likely issue a joint statement at the end of their meeting today.

A few minutes earlier, Russian Foreign Minister Sergei Lavrov said Iran and the world powers have eventually worked out an agreement, adding that the seven nations are now working on drafting the text.

Speaking Russian media at the end of marathon talks in Lausanne, Switzerland, early Wednesday morning, Lavrov said Iran and the G5+1 (the US, Britain, China, Russia and France plus Germany) have reached an agreement in principle on all key issues.

“Now this has to be drafted,” he said.

Iran and Group 5+1 (the five permanent UN Security Council members plus Germany) started their new round of talks in Lausanne, Switzerland, on Thursday to narrow their differences over Tehran’s nuclear energy program ahead of a July 1 deadline.