You are here: Home / MidEastGulf / Zarif, Nasrallah meet in Lebanon 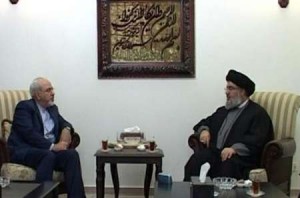 ‘Tehran supports Lebanese people’s demands and is ready to stand by and cooperate with the people of that country,” Zarif said, speaking to reporters after his meeting with Lebanese Prime Minister Tammam Salam in Beirut on Tuesday evening where the two discussed regional developments.

Zarif, heading a high-ranking delegation, arrived in Beirut on Tuesday evening on the first leg of his regional tour after conclusion of nuclear talks between Iran and the Group 5+1 (the US, China, Russia, France and Britain plus Germany) in Vienna on July 14.

Zarif is expected to pay visits to Syria, Pakistan, India and Russia after his trip to Lebanon.