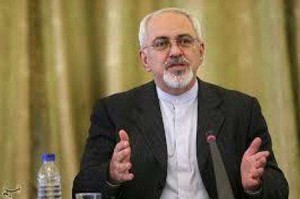 Foreign Minister Mohammad Javad Zarif expressed concern over the possibility of the terrorist Daesh exploiting differences among the Taliban in Afghanistan.

Addressing the opening of the 5th Heart of Asia conference here on Wednesday morning, he referred to Iran’s continuous support for the people and government of Afghanistan throughout their difficult times and said Iran “was of the firm belief that a safe and stable Afghanistan with a dynamic and self-reliant economy will be in the interest of all countries of the region – particularly my country, with deep and strong ties with Afghanistan.”

He said that “today, extremism, terrorism and narcotics continue to challenge and threaten Afghanistan, the region and the whole world.”

“It is appalling that the terrorist and extremists groups are expanding their scope of activities inside Afghanistan. Of grave concern are the increasing number of attacks around the country and the expansion of the geography of insecurity, including the present challenges in the northern parts of Afghanistan that used to enjoy relative safety.

‘Furthermore, the spilt in the Taliban and its exploitation by DAESH is another cause for alarm. They should not be allowed to turn Afghanistan into another base of their carnage. Negligence leads to unpredictable, yet disastrous, consequences. Regrettably some continue to consider extremism and terrorism as assets or possible leverages for short-term gains. They ignore the repeatedly proven fact that extremists have always bitten the hands that fed them,” the Iranian foreign minister noted.

Saying that “the challenges facing Afghanistan and our region are interconnected,” he said adding “without drug proceeds terrorists cannot finance their operations. At the same time, drug traffickers need to use the logistical network of terrorists to move narcotics. If the current trend continues, the drug mafia and the extremists will become too powerful to be contained.”

Zarif said he believes “no country alone can control and combat the drug trade and its associated crimes and, if we are to succeed in this fight, we must cooperate and reinforce our political, military and intelligence collaboration.”

He further pointed to Iran’s geographical position, security, and road and rail infrastructure and Tehran was determined to help Afghanistan, wherever it is needed.

The foreign minister stressed that Iran believed “effective economic collaboration will resolve problems and increase security in the region,” citing case of Iran’s Chahbahar port city as “a prime example of Iran’s willingness to work with Afghanistan and regional countries.”

“As for our contribution to the Heart of Asia Process, and as part of the 2nd regional technical group meeting’s outcome, Iran’s Ministry of Health organized an international seminar on communicable diseases on 25 and 26 August 2015, with the participation of Afghan Minister of Health, and with particular focus on health education in Afghanistan.

The 3rd Heart of Asia Education CBM regional technical group meeting was held in Tehran on November 23, 2015. Participants in the meeting discussed the problems and challenges facing the heart of Asia region — including terrorism, extremism, drug trafficking, illiteracy, poor education, low per-capita incomes, poverty and under development — and stressed the need for improved cooperation among regional countries to combat these threats.”

The fifth ‘Heart of Asia ─ Istanbul process’ ministerial conference kicked off in Islamabad on Wednesday.

Pakistan’s Prime Minister Nawaz Sharif and Afghanistan’s President Ashraf Ghani jointly inaugurated the event which focuses on the theme of enhanced cooperation for countering security threats and promoting connectivity in the Heart of Asia region.

Pakistan and Afghanistan are jointly hosting the conference.

Zarif arrived in Islamabad on Tuesday to attend the conference which has the mission to help settle Afghanistan’s problems.

The Foreign Office of Pakistan said earlier that high-ranking delegations from 14 participating states, 17 supporting countries and 12 international and regional organisations are expected to participate in the conference.

It said Foreign Ministers from 10 countries have confirmed participation in the conference.

Pakistan, Afghanistan, Azerbaijan, China, India, Iran, Kazakhstan, Kyrgyzstan, Russia, Saudi Arabia, Tajikistan, Turkey, Turkmenistan and the United Arab Emirates are part of the initiative launched in 2011 for encouraging economic and security cooperation between Afghanistan and its neighbours for dealing with the common problems of terrorism, extremism and poverty.

Six key areas in which the 14 countries have been pursuing confidence-building measures since the 2013 Almaty meeting are disaster management, counter-terrorism, counter-narcotics, trade and investment, regional infrastructure, and education.

Foreign ministers from 10 of the countries, including China and Iran, confirmed their participation, while others are being represented by senior officials. The process is supported by 17 other, predominantly Western countries, and 12 international organizations which are also sending senior representatives.