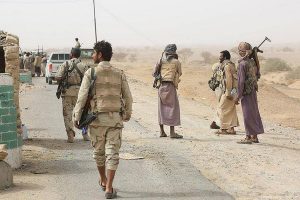 The Houthi militias and their allies among the followers of ousted President Ali Abdullah Saleh have warned that they will attack strategic military bases deep within Saudi Arabia that have been used to launch attacks against them in Yemen, Safa news agency reported according to middleeastmonitor.com.

“The military choices for the army and the popular committees are open for carrying out responses in all fields in response to the crimes of the Saudi-American coalition,” said the spokesman of the militias, Sharaf Ghalib Luqman. “Today, our military capabilities are better than at any time previously. We are reinforcing the new reality on the ground aiming to undermine the movement and attacks of the enemy from all of its strategic military bases inside Saudi Arabia, which are being used to launch military attacks on Yemen.”

The military spokesman did not give more details about the nature of such possible attacks inside Saudi Arabia. However, over the past two years the Houthis and their allies have targeted military bases in the Saudi governorates of Assir and Najran on several occasions.