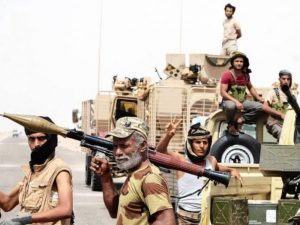 Rebels loyal to Yemeni Huthis have threatened to attack the self-declared Republic of Somaliland for supporting their enemies, like reported by theeastafrican.co.ke.

The rebels, in a social media video message read by hooded fighters, say they were aware of Somaliland intending to provide a military base to the United Arab Emirates (UAE).

“If Somaliland goes ahead with its plan to allow the UAE to use Berbera port as military base to carry out bombardments to Huthi rebels, it will be a wrong decision,” said the rebels.

“If Somaliland does not heed to the warning then we will fire ballistic missiles to Somaliland,” they said further.

The breakaway Somaliland has also offered UAE the administration of the Berbera port, the main harbour facing the Gulf of Aden.

The rebel group fighting the internationally recognised government of Yemen has been facing stiff opposition from a coalition led by Saudi Arabia, which includes UAE.

Somaliland government announced in April its readiness to provide a military base to the Emirates at Berbera, just about 200km south of Yemen across the Gulf of Aden.

The social media video threat appears to have frightened the residents of Berbera, posing a serious challenge to the government of Somaliland, whose main source of revenue is the port.

Somaliland declared independence from the rest of Somalia in 1991, following the collapse of the central government of Somalia led by the late dictator General Mohamed Siad Barre.

It has since struggled for international recognition with little success.