You are here: Home / MidEastGulf / Yemeni Forces launch barrages of rockets on Saudi military base in Dhahran Asir 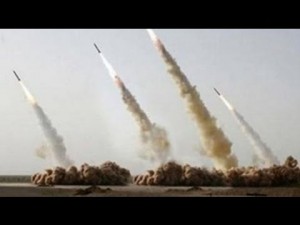 The Yemeni army, joined by Popular Committees, launched 40 rockets at military base in Saudi Arabia’s Dhahran Asir region on Tuesday.

According to reports, the Yemeni troops launched as many as 40 missiles and artillery shells against al-Amish military camp and left scores of Saudi troops killed and injured.

There has been no immediate report on the number of casualties or the extent of the damage caused in the retaliatory attack.

Yemeni tribal forces, backed by army units and Ansarullah fighters, have launched a series of new attacks on the Saudi border cities in retaliation for Saudi Arabia’s ongoing aggression against the neighboring Arab country.

Yemen has been under brutal aggression by Saudi-US coalition since Saudi Arabia launched military strikes against its southern neighbor on March 26 without a UN mandate.

Thousands have been martyred and injured in the attack, with the vast majority of them are civilians.

According to the World Health Organization (WHO), over 2,600 people have so far lost their lives during the conflict in Yemen till June 14. However the death toll released by local authorities puts it much higher at about 4,300.

According to a recent report by Freedom House Foundation, most of the victims of the Saudi-US aggression are civilians, including a large number of women and children.

Riyadh launched the attack on Yemen in a bid to restore power to Yemen’s fugitive president Abd Rabbuh Mansour Hadi who is a close ally to Saudi Arabia.