You are here: Home / MidEastGulf / Yemeni forces announce end of battle against al-Qaeda in Abyan 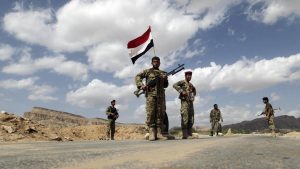 Operation Sweeping Torrent is one of the most significant military operations in Yemen as it succeeded in eliminating al-Qaeda’s presence in Abyan and Shabwa. Wadi Al Masini in Hadhramaut was also purged of al-Qaeda during Operation Decisive Sword.

Warehouses containing large amounts of missiles, ammunition and explosives were seized during the operation against the group and several al-Qaeda members, including commanders, were killed and detained.