You are here: Home / MidEastGulf / Yemeni Army monitoring 250 iranian experts in the country 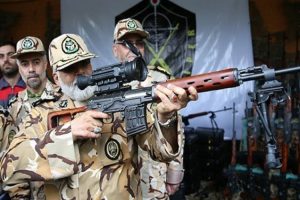 The Yemeni army revealed that more than 250 Iranian experts were monitored in the country over the past few days, like reported by aawsat.com.

They were present in several regions of the al-Hodeidah and Saada provinces and were active in military operations and training, added the army.

He revealed that the experts were developing rockets and fixing their spare parts, which are advanced jobs that are beyond the expertise of the militias.

Intelligence agencies were alerted to the Iranian presence in the region after noticing the development of the militias’ military capabilities, he explained.

Furthermore, Houthi prisoners revealed the presence of the Iranians during investigations with them. They also confirmed that they were active in training camps and in developing weapons.

Majali stated that the national Yemeni army has several options in which to confront the Iranian experts, but he refused to disclose them.

He did reveal however that they are primarily related to the military’s advance with the backing of the Coalition to Restore Legitimacy in Yemen.

He stressed that the army will immediately arrest the Iranians in order to carry out investigations with them according to Yemeni laws. They will be tried for all the actions they did in sparking the war and destroying Yemen.

They entered Yemen through illegal means and they will not be able to escape without being held accountable, he vowed.