You are here: Home / MidEastGulf / Yemen: US kills three Al-Qaeda members in airstrike 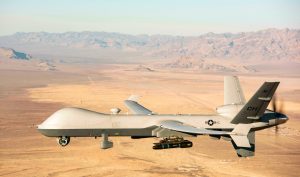 The US killed three Yemenis who were suspected of being members of the country’s Al-Qaeda branch in an airstrike in southern Yemen on Sunday, according to alaraby.co.uk.

The strike took place as a suspected vehicle was moving between two southern provinces that have an Al-Qaeda presence but injured a woman in the process, an anonymous Yemeni military official told Chinese Xinhua news agency.

“Missiles fired by a US drone struck a travelling vehicle passing on the road between the provinces of al-Bayda and Shabwa in the country’s southern part,” the source said on the condition of anonymity.

The airstrike resulted in the killing of three people suspected of belonging to Al-Qaeda in the Arabian Peninsula (AQAP) and injuring two others, including a woman, he added.

He confirmed that mountainous areas in Shabwa and other turbulent neighbouring provinces are witnessing a surge in the active presence of AQAP members recently.

The AQAP network, which mostly operates in eastern and southern provinces, has been responsible for many high-profile attacks against government and southern security forces in the country by taking advantage of power vacuums that emerged after years of war.

A Saudi-led coalition intervened in Yemen in 2015 to shore up the government, months after Houthi rebels seized the capital Sanaa.

Tens of thousands of people, mostly civilians, have been killed and millions displaced, in what the UN calls the world’s worst humanitarian crisis.

The Iran-backed insurgents have also been engaged in a sustained attempt to capture Marib, the government’s last stronghold in the north.

The UN last week called on “all parties to the conflict to ensure the safety and security of civilians in and around those areas where shifts in frontlines have taken place”.