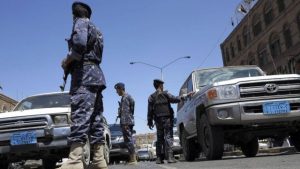 An al-Qaeda commander was arrested in Yemen on Saturday while he was planning a terrorist attack in the capital Sana’a, according to the Tasnim News Agency.
The Yemeni official said that the terrorist was coming from the central province of Ma’rib to carry out a terrorist operation in the capital, like reported by jpost.com.

Brig.-Gen. Abdul Khaleq al-Ajri, spokesperson of the Yemen’s Interior Ministry said that the detained al-Qaeda commander had led the terrorist forces in the Qaifa area of the central province of al-Bayda, where they were forced to flee after suffering defeat from the Yemeni forces.

Besides, the Yemeni military is also fighting on the Saudi front, since Saudi Arabia invaded Yemen in March 2015.

While a blockade imposed on Yemen extremely impoverished the country, the ongoing war have already killed tens of thousands of Yemenis, have made immense damages on the country’s infrastructure, destroying hospital, schools and factories, and have pushed the country to the brink of famine.

Yemen’s health system is already on the brink of collapse, kept going through aid. Cholera, malaria and dengue were rife amid a malnourished population even before the coronavirus outbreak.

The war has provided an opportunity for terrorist groups in the region such as ISIS and al-Qaeda to secure a foothold in Yemen.

According to Yemen’s Interior Ministry’s Security Information Center, ISIS and al-Qaeda have carried out more than 320 attacks in the al-Bayda province in the past five years. Consequently, the Yemeni military decided to clear more than 1,000 square kilometers of al-Bayda of terrorists, an operation where over 250 members of ISIS and al-Qaeda had been killed or wounded.

Yemen has been wracked for more than five years by a civil war pitting the Iran-aligned Houthi movement that controls much of the country and a Saudi-led coalition that supports the internationally-recognized government based in the South.

Tens of thousands of people have died, many of them civilians, and the ensuing humanitarian crisis has been called the worst in the world.