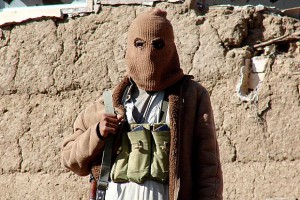 Houthi authorities should immediately release Abd al-Kader al-Guneid, a medical doctor and human rights activist critical of the Houthis. The Houthis, also known as Ansar Allah, forcibly took him from his home in the city of Taizz on August 5, 2015, and have yet to respond to inquiries from his family about his whereabouts or why they are holding him.

“Since taking over much of Yemen, the Houthis have arbitrarily detained people critical of their movement,” said Joe Stork, deputy Middle East director. “Houthi authorities are responsible for al-Guneid’s well-being and his safe return to his family.”

Al-Guneid’s wife, Salwa Mufadal, 52, told Human Rights Watch that on August 5 at about 3:30 p.m., a car pulled up at their home in Taizz’s al-Humaira neighborhood. At least seven men in civilian clothes carrying guns got out and surrounded their home, prompting al-Guneid to tweet a message: “Houthi militiamen at my house.”

Mufadal said she recognized one of the men through the window, a prominent Houthi leader in Taizz. The men started shouting for al-Guneid to come out and “answer to their leader.” He yelled back that he refused to come out, his wife said. The men then forced their way into the house through the back door and grabbed al-Guneid, who was on the ground floor. Mufadal, who was on the floor above, heard him shouting at them to leave him alone. She said she watched them drag him out to the car. They then returned and searched the house, taking an antique pistol belonging to al-Guneid’s grandfather, about YER 90,000 (US$420) in cash, both al-Guneid’s and Mufadal’s cell phones, and a laptop.

Al-Guneid, 66, plays a prominent role in Taizz, bringing together journalists, local nongovernmental organizations and civic leaders, and international organizations. He has been critical of the Houthis on Twitter, particularly since they took control of the presidential palace in Sanaa, the capital, in January, and has commented frequently on their military attacks on Taizz.

His wife and son, Muhammad Abd al-Kadir al-Guneid, 28, told Human Rights Watch that he had been receiving harassing messages on Facebook, over the phone, and by Houthi supporters over the past several months. He had stopped his regular work as a general practitioner at al-Hayat Hospital because he was worried about being detained. His son said that before and during Ramadan, which ran from June 18 to July 17, his father had received two threats by Houthi supporters telling him to “watch out for himself” because of his outspoken criticisms.

Under international law, an enforced disappearance occurs when the authorities take a person into custody and then deny holding the person, or fail to disclose the person’s fate or whereabouts. “Disappeared” people are often at high risk of torture, especially when they are detained outside of formal detention facilities such as police jails and prisons.

Since December 2014, the international media have reported that Houthi forces were detaining activists and tribal leaders who were critical of their policies. Human Rights Watch reported on Houthi detention and torture of anti-Houthi protesters in Sanaa in January and February 2015. In April, shortly after the opposition Islah Islamist Party publicly endorsed Saudi-led coalition airstrikes in Yemen, Houthi forces detained without charge, and in some cases forcibly disappeared, more than 100 party members.

In late May, Houthi forces arbitrarily detained two journalists, Abdullah Qabil and Yousef al-Ayzari, who had critically reported on the movement. The Houthis held them in a building in Dhamar that was hit the next day in a coalition airstrike, killing them and their captors.

“The Houthis should release al-Guneid and other critics of the Houthi administration they have wrongfully detained,” Stork said.