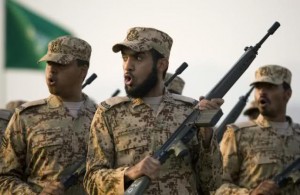 Arab ground forces may be needed in the next phase of a Saudi-led operation against Iranian-allied Houthi fighters in Yemen, Yemeni Foreign Minister Riyadh Yaseen said on Saturday.

Asked at an Arab League summit in Egypt whether ground troops would be required, he told reporters: “This is possible. Very possible.”

Yaseen also said Yemeni President Abd-Rabbu Mansour Hadi would stay in an Arab capital until conditions in Yemen allowed him to return there.