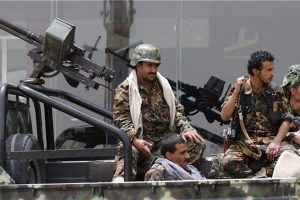 Following its recapture, the national army found a large supply of weapons and ammunition in the region. Child soldiers who were fighting with the Houthi group have been taken into custody by the army.

The Houthis have made significant military advancements since 2014 towards southern Yemen, forcing Hadi to invite a Saudi-led coalition in 2015 to prevent further territorial gains.