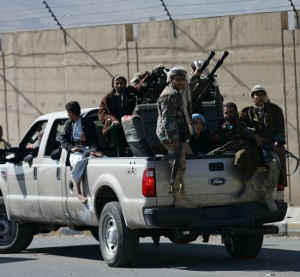 The advances by the local militiamen raise the prospect of possible aid flights and military supplies to the beleaguered city, the last hold-out of President Abd Rabu Mansour Hadi before he fled to neighbouring Saudi Arabia in March.

The airport is also strategically important as it extends almost all the way across the narrow strip of land connecting mainland Aden with the city’s port and older residential districts on a volcanic peninsula.

An alliance of pro-Hadi militias and secessionist fighters has been battling to fend off Houthi advances into formerly independent southern Yemen since March.

They have been backed up by airstrikes by a Saudi-led Arab coalition supporting Hadi.

The mainly Shiite Houthis, whose power base is in the tribal far north, seized control of the capital Sana’a in September.