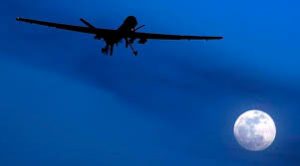 A number of Al Qaeda militants, including at least one commander, were reported killed by an apparent US drone strike in the central Yemen province of Al Bayda on Sunday, like reported by thenational.ae.

The militants, who belonged to Al Qaeda in the Arabian Peninsula, were killed in an attack on their moving vehicle near a known militant base in a mountainous area called Thee Kaleb in the Al Kuraishiya district in the north of Al Bayda, according to a source in the province who spoke to The National on condition of anonymity.

The source said he believed six fighters and two commanders had been killed. An official in Al Bayda told AFP that five fighters including one commander were killed.

Among the dead were two leaders known by the noms de guerre – Abu Mohammed Al Dahab and Abu Al Kaka – the source said.

While US Central Command has not yet confirmed the strike, the US military is the only force known to operate armed drones over Yemen.

In its last update on November 6, Centcom acknowledged two strikes against Aqap in Al Bayda in September, bringing the total number of air strikes in Yemen this year to 36 at that time.

By comparison, former president Barack Obama authorised 38 strikes in Yemen in 2016 and the first 20 days of last year.

“Despite a decline in counter-terrorism air strikes against Aqap, they continue to pose a significant threat,” a Centcom spokesman said on November 6. “We remain vigilant and will continue to work by, with and through our regional partners to disrupt, deter and destroy Aqap.”

Aqap and ISIS have exploited the chaos of Yemen’s civil war, in which the Arab Coalition-backed government is battling Houthi rebels.

The extremist groups maintain a presence in Al Bayda, where they vie for influence and occasionally fight each other.

“Clashes between the two main terrorist factions in Yemen – Aqap and ISIS – have been repeatedly reported between in Al Bayda this year,” a military source in Al Bayda told The National.