You are here: Home / MidEastGulf / Yemen: airstrike on Sanaa airport 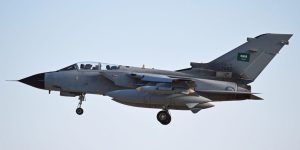 On December 20, an airstrike was carried out on Yemen’s major airport, OYSN/Sanaa by Saudi-led coalition forces, like reported by ops.group.

It follows months of persistent drone attacks launched by Houthi Rebels on targets in Southern Saudi Arabia – the latest being on December 19.

At the time of writing, it isn’t clear how badly the airport was damaged. However, no reports have emerged yet of any significant disruptions to civil traffic.

But does this attack represent an increase in risk to civil aviation inside the OYSC/Sanaa FIR? Let’s take a closer look.

The situation.
Yemen is an active conflict zone and has been since 2014. Houthi rebels in Yemen are at war both at home and with Saudi Arabia – who lead a coalition of countries from North Africa and West Asia. If you’d like to read a little more about the background of the conflict, a good starting point would be here.

The war itself is in stalemate and so while the attack on OYSN was unexpected, it is not the first time it has happened.

In fact, the airport was also attacked and badly damaged in similar coalition airstrikes back in 2017 and 2018.

So why now?
The Houthi’s primary means of attacking Saudi Arabia continues to be through the use of weaponised drones. The attacks have been happening on an almost daily basis recently and are a persistent threat to Saudi Arabia.

The weapons they are using are becoming increasingly sophisticated and are supplied to the Houthi from other political interests in the region.

Despite having sophisticated air defence systems, the challenge for Saudi Arabia is to work out how to stop these attacks.

Drone launches from Sana’a Airport
The Houthi have control over a large section of Western Yemen which includes the capital, Sanaa (and its airport). Recent intelligence has shown that the Houthi are using sites at the airport to store and launch these drones. It is these sites that were targeted in the December 20 airstrike.

Changes to Risk
In terms of overflights of the OYSC/Sanaa FIR, the December 20 airstrike hasn’t changed anything – Yemeni airspace was, and still is, extremely dangerous. Several states (including the US) ban operators from entering it due to the risk of anti-aircraft fire from militant groups at all levels. The only exceptions are airways well off the coast – primarily UT702 and M999.

But when it comes to operations in and out of OYSN airport itself, these events may indicate a renewed threat. Of particular concern is that the Houthi seem to have been carrying out cross-border military offensives in very close proximity to civil aviation.

The risk of this is two-fold:

The airport may continue to be targeted by coalition airstrikes which can occur without warning and with little regard for civilian traffic.
The Houthi may have a renewed intent on protecting the airport using anti-aircraft weaponry which puts civil aircraft at risk from being misidentified or mis-targeted while operating over or near the airport.

What type of air defence systems do the Houthi have?
In recent years there has been credible evidence that the Houthi have been supplied with advanced anti-aircraft weaponry by proxy, along with aircraft tracking systems that could pose a threat to aircraft at all levels.

There have also been several unverified claims made by the Houthi during the conflict that they successfully shot down numerous military aircraft – although these are sometimes known to be false.

Either way, the December 20 airstrike may serve to encourage their intent to protect their airspace.