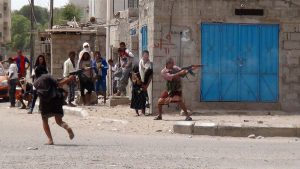 Yemen’s state-run news agency says 12 people have been killed and over 130 wounded in clashes between separatists and pro-government forces in the southern port city of Aden, where the government is based, like reported by foxnews.com.

The clashes in Aden erupted on Sunday, after a deadline issued by the separatists for the government to resign expired. The separatists are backed by the United Arab Emirates, a key partner in the Saudi-led coalition supporting Yemen’s internationally recognized government in its war since 2015 against the country’s Houthi rebels.

Meanwhile, the international aid organization OXFAM says the violence forced it to shut down its offices in Aden and the city of Taiz.