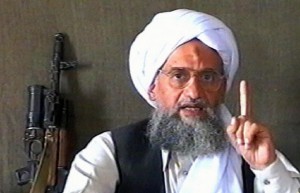 Over the past months, ISIS has witnessed significant regression not only in fighting, but also in its power of ideological attraction, which has exposed it to major threats that will lead it to lose its supporters.

The terrorist organization has lost its strongholds in Syria and Iraq and its global communication networks, which links it with foreign fighters and financial funding. However, despite this remarkable retreat, ISIS is still alive and is still followed by different groups in 25 countries through myriads of cells that declared allegiance to its Caliphate; the terrorist organization has maintained 24 governorates in Syria, Iraq, and other regions despite the crises it has witnessed and the reduction of its victims around the world, according to the latest results of the Global Terrorism Index released on 16 November.

ISIS’s defeat in Mosul has approached, yet, its end is not close; despite its regressions in Libya and Iraq, and the blockade of Raqqa- its Caliphate’s capital in Syria- ISIS might be able to cope with its new ongoing crises. It seems that the theory recalled by Abu Musab al-Zarqawi’s stating that the fall of Dabiq will be the decisive battle and the collapse of the Caliphate has been true; Dabiq was recaptured by the Syrian opposition’s forces easily on October 17; with its capital’s fall, ISIS has lost a lot of its legitimacy, despite the constant justifications addressed by the organization’s leaders and their promises to re-control it.

Over the past few weeks, some western reports – including the weekly report released on the 3rd of November by the Stratford Center – have discussed the possibility of al-Qaeda’s return after the anticipated collapse of ISIS; the report has expected al-Qaeda to return based on the following indications:

The aforementioned report has agreed with the analysis of Major Gen Sean Macfarland, who said that the power of ISIS has corroded after the military operations that targeted it; Macfarland reported that ISIS lost around 45,000 members till August and still has only 20,000 militants; in fact, many of ISIS leaders have suggested Qaeda’s return to top the Global Jihad based on the following seven indications:

1. Qaeda is more cautious: according to Stratford’s report, the close defeat of ISIS in Mosul will lead to enhance the importance of Qaeda; the report asserted that the new pattern adopted by ISIS has differed from the more-cautious approach of Qaeda. However, ISIS has attracted many young Jihadists and achieved many victories, which allowed the terrorist organization to introduce itself as a sacred project, which finally fell and provided Qaeda with new chance according to the report.

2. ISIS’s survival in a different form: the report pointed that ISIS will never be eliminated and it will remain a threat in the global radical scene but without its leadership, just like its experience in 2008.

3. ISIS retreat : all the reports have agreed on ISIS regression in the regions controlled by Qaeda like Pakistan and Afghanistan.

4. Qaeda has been more flexible than ISIS and more mature in its operations, which makes it more capable to cope with its new conditions and to renew its experiences; according to the report, Qaeda benefits from a wider knowledge on communities and political gaps in each country, which allowed it to survive after September 11 and to increase its coordination with other extremist groups like Taliban in Iraq and Syria, unlike ISIS

5. ISIS’s homage and Nusra’s split: the report suggests that many extremist groups that declared allegiance to ISIS like Boko Haram in Africa will likely denounce their homage, especially that ISIS didn’t provide them with the support they need. The report also highlighted the split of Nusra from Al-Qaed, which reflects the latter’s important flexibility and capacity of adaptation with different statuses.

Despite the above-mentioned on al-Qaeda’s return to control the Jihadist global scene, we see that this thesis cannot be accepted because al-Qaeda has lost its charisma which existed during Bin Laden’s leadership; it has also lost its important communication networks that existed in 2008-2011.