You are here: Home / Senza categoria / Will new jihadi hotspots emerge across the region in 2018? 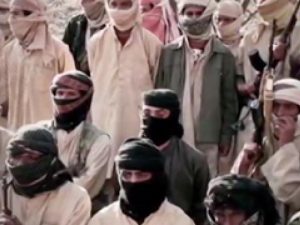 The region might be witnessing a reverse migration of jihadi fighters from Syria and Iraq. A number of developments in recent weeks raise the spectre of battle-hardened fighters leaving the two countries to supplement insurgencies elsewhere, like reported by thenational.ae.

If true, this trend could lead to the emergence of new jihadi hotspots throughout the region. The supposed migration comes amid other developments that could shape the direction of these jihadis. Growing tension between Al Qaeda and its former Syrian branch, for example, could mean that loyalists to the former will open or replenish branches in new countries, such as in Iraq and Egypt.

The only known such reverse migration happened in 2015, with the reported return of a significant number of Libyan veterans of the conflict in Syria. At the time, western officials suggested that hundreds of Libyan jihadis travelled back to their country, where officials said ISIL was preparing for a fallback once it was defeated in Iraq and Syria.

The return of foreign jihadis to their countries has long been discussed from a western-centric view, mostly how countries in Europe and in North America would deal with returnees. In May, news emerged that French special forces enlisted Iraqi soldiers to hunt and kill French nationals operating with ISIL. Advisers to the French government told the Wall Street Journal that the move was designed to ensure the militants would never return home. The British defence secretary, Gavin Williamson, has also suggested that British militants in ISIL should be eliminated in the field.

But the threat is more real to countries in this region. In the West, fighters would most likely be arrested or would remain under surveillance. In the region, though, jihadis could relocate to another country to resume their activities with relative ease. With the territorial defeat of groups like ISIL in Iraq and Syria, it could take months for jihadis to determine where they can still have safe havens or hideouts, since enemy forces are actively looking out for them.

Jihadis who have difficulty in melting with the population or making their way to ISIL’s pockets or shelters out of their areas might choose to smuggle themselves out of the country. Indeed, this trend was reported in an investigation by Buzzfeed this week. The report challenges statements by American officials that most ISIL fighters were killed on the battlefield. Smugglers along the Syrian-Turkish borders spoke of a steady stream of ISIL members and their families leaving Syria to access smuggling routes that would take them elsewhere.

For many jihadis from countries in the region, the next trip may take them to established hideouts, ungoverned spaces or borderlands, where insurgents already operate. There is already a nascent trend of such activities in countries like Egypt, where militants from Libya or even Syria find refuge in the Western Desert or in Sinai to replenish existing or emerging groups in the country. On Sunday, a top African Union official said that many of the estimated 6,000 Africans who fought for ISIL have either returned home or are en route.

Joanna Paraszczuk, researcher tracking Russian-speaking foreign fighters in Syria, found evidence that Russian-speaking jihadis previously in Syria and Iraq have already made it to Sinai. According to Agence France-Presse earlier this month, French and Algerian fighters have joined the ISIL branch in Afghanistan, some of those arrived from Syria.

A similar trend has been reported among jihadis with Al Qaeda in Syria for months. One source told me in the spring that former Al Qaeda fighters abandoned the battles in Syria and travelled to Turkey, where they were considering new destinations. One such destination was Yemen, although the circumstances of the continuing war and frontier monitoring could make it harder for jihadis to travel.

Al Qaeda seeks to expand its networks, and will likely use existing operatives in Syria to do so. The relative ease of travel and the gathering of jihadis from various nationalities make it a likely scenario that new branches of Al Qaeda would be formed by veterans of the jihad in Syria. Such branches could be formed in countries where Al Qaeda had either failed to open shops or that previous branches had been acquired by ISIL in recent years, notably in Iraq and Egypt.

In Iraq, the group’s leader, Ayman Al Zawahiri, has already signalled his desire for a new branch there once ISIL is defeated, and his group has numerous Syria-based loyalists who were once key in establishing the Iraqi chapter with Abu Musab Al Zarqawi, before it formally broke ties with Al Qaeda in 2014. Another source revealed attempts by Al Qaeda’s senior figures to recruit inside Syria for other frontiers in the region. In Egypt, Al Qaeda has apparently begun to re-emerge in the country with new recruits or veterans previously based elsewhere.

What we might be witnessing these days is an unprecedented wave, both in scope and nature. The trend could represent a major export of a large number of battle-hardened jihadis from two of the Middle East’s most intense battlefields to replenish key insurgencies across the wider region. While many view the defeat of these jihadis in Syria and Iraq as positive in and of itself, it might take time to grasp the impact of the reverse migration of jihadis to quiet battlefields elsewhere.