You are here: Home / Analysis / Why the world fails to stop Islamist terrorism 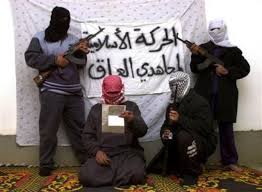 Islamist terror is on the ascent across the world and shows zero signs of abating. Just a few random examples: On September 14, Islamic terrorists – allegedly from the Islamic Republic of Iran though Houthi rebels took responsibility and there were also reports of Iraqi Popular Mobilization Force involvement – launched a drone attack on the Saudi oil processing facilities at Abqaiq. Five French Muslim converts are now on trial for attempting to detonate a car bomb near Notre Dame Cathedral in 2016. Singapore recently detained three Indonesian Muslims on suspicion of financing ISIS terrorism. And a Palestinian Muslim from the Gaza Strip was recently given a life sentence for murdering an Israeli woman in 2015, like reported by israelhayom.com.

While it is a positive development that countries across the globe are prosecuting radical Islamist terrorists, we are still nowhere near winning the war on Islamist terror.

Mendi Safadi, head of the Safadi Center for International Diplomacy, Research, Public Relations and Human Rights, stated in a recent interview: “Terrorism is spreading and we are engaged in a pursuit of those who commit terrorist actions but we have still not learned that terrorism is based on an ideology, not people. We have still not learned the essential basis of the War on Terror. We still have not given the victims of terrorism the consolation that there will be no more victims. What more needs to happen until we understand that the solution is in our hands and that we only need the courage to face up to it until terrorism is destroyed?

“We cannot fight against terrorism using democratic tools and human rights laws,” he explained. “We clearly see that a radical terrorist state is building an atomic bomb and in the West, they are exploring how to take care of it without collateral damage. They do this as followers of the mullahs’ regime shout “Death to America and death to Israel” while educating their people to hate and be bloodthirsty.”

Safadi believes that the best way to take care of this threat is to go after the ideology that stands behind the terror.

The question remains: If the root of Islamist terrorism is the ideology and not the people, then why until now have we gone after the terrorists but not their ideology? According to Dr. Mordechai Kedar of Bar-Ilan University, “The ideology is embedded in the religion. Jihad is an obligation, a mitzvah. There are all kinds of modern interpretations, such as jihad being against one’s evil inclinations or the devil but these do not convince those who are sure that jihad is against the infidel. It is a very big problem to fight against the ideology, so we take the weapons from them and convince them that the damage that will be caused to Muslims and Islam will be much worse than the gain from jihad. It is called a credible threat. Only credible threats will change their decision.”

To prove this point, Kedar explained that the only time Iran halted its nuclear program was when former US President George W. Bush invaded Iraq and the Iranians thought that they were going to be next: “But once they understood that America was a paper tiger that was going to do nothing against them, they resumed it. Economic measures will not make them change their policies. They only have to survive a year with the sanctions and just hope that Trump won’t be re-elected. Trump’s strategy will only work if he is re-elected. Nevertheless, the ideology is very well-rooted in the culture. It is 14 centuries old. You cannot tell them to leave basic tenets of Islam. It is not easy at all. This is what makes it very hard.”

While Kedar thinks that the Iranians will only stop their terror if they face a credible military threat or Trump is re-elected, former Consul General Dr. Yitzchak Ben-Gad believes that the only way to stop the terrorist ideology in the Palestinian arena is to go after the people who promote it: “We cannot tolerate a strategic danger to our society.” He believes that after the terrorist leadership is eliminated in Gaza, most Palestinians will come to the conclusion that terrorism is not the solution: “We have to be very strong. They must understand that terror is not the solution. Once they understand this, the second stage is to find a solution for the people to live with peace and dignity. We cannot negotiate with Hamas. It is like negotiating with the Nazis.” According to Ben-Gad, the ideology of terror is based on the Quran and this makes it difficult to root out without eliminating those who promote it.

However, just because it is difficult to go after the terrorist ideology does not mean it should not be addressed. Irshad Manji and other moderate Muslims are seeking to reform the Islamic faith to bring more peaceful interpretations to the fore. We should support their efforts to reform Islam so that in increasingly wide circles, jihad is no longer seen as a war on “infidels” but is limited to the internal struggle that each of us faces against our evil inclinations.