You are here: Home / Analysis / Why the West’s take on radicalized Muslim women is so wrong? 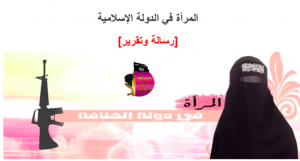 The United Kingdom’s Supreme Court decision that Shamima Begum, who left the country at 15 to join ISIS, cannot return home to challenge the government stripping her of her British citizenship, is just the latest example of how we in the West have mishandled radicalized women, like reported by haaretz.com.

Begum was one of three notorious Bethnal Green Academy girls who boarded a flight from London to Istanbul and from there made their way to the Islamic State’s capital of Raqqa in 2015. Their story became synonymous with the phenomenon of young Western women traveling to Syria to join a group that reveled in carrying out some of the most gruesome and lethal atrocities against humanity committed in recent memory.

Born to parents of Bangladeshi origin, Begum’s case shocked many, due to the ease and speed at which the “normal” girls who had enjoyed makeup, watching “Keeping up with the Kardashians”‘ and listening to Rihanna were recruited. The dispelling of stereotypes of the “typical” terrorist profile was deeply discomforting for many.

More than any other radical Islamic group thus far, the Islamic State was able to lure many Western recruits from educated and relatively secular families, many of whom were women. Of the roughly 4,000 Western recruits who moved to ISIS-controlled territory, about 550 were self-identified muhajirat, or women who chose to immigrate to the short-lived caliphate. Other figures estimate upwards of 800 and even 1,000 Western women joining the Islamic State.

As women started leaving for ISIS from the United Kingdom, France, Germany, Australia and the U.S., the media was quick to flash headlines about “jihadi brides” or “ISIS brides” — fanatic women swept up by the romance of following their terrorist husbands to war zones.

But referring to female recruits as “brides” inhibits our ability to understand them and hold them accountable for their actions: they reduced the women to one-dimensional characters capable only of being lured by sex or romance.

Tying female terrorism actors to their relationship with men strips women of their own agency and motivations, while also suggesting they are passive, innocent victims. In fact, the reasons women join radical groups is not so different from men. And most Western ISIS recruits joined before they were engaged or married.

In general, men and women are radicalized and driven to join terror groups for a range of reasons: personal and political motivators, feelings of isolation, identification with Muslim suffering and persecution around the world and the perceived lack of international response to it.

Those triggers should alert their home countries to confront the larger systemic political, economic and social issues that may lead a person to feel ostracized and alienated, pushing them to being vulnerable to radicalization.

In the case of Islamic State, the suffering of many Syrians Muslims at the hands of the Assad regime, growing Islamophobia and racism in the West and the failed Arab Spring, were just a few of many motivators.

Despite this, female terrorists’ stories are often personalized in the media in the way male terrorists’ aren’t. No headline would ever read “terrorist father or four” or “ISIS widower” and elaborate on details of the man’s family life.

This characterization, which plays to the tendency to portray Muslim women as helpless victims of violent men, is an orientalizing passification of women, allied to a prurient fascination with their intimate biographies, helped along with a dollop of unearned pity. In fact, the women of the Islamic State subscribed to the same ideology as the men, and played important and even violent roles in the group’s activities and organizational structures.

These flattening generalizations about women have further repercussions. Women returning from radical groups are sentenced to an average of three times shorter prison sentences than their male counterparts, if they are put on trial at all.

Historically, almost all Salafi-jihadi movements have emphasized women as the gatekeepers of the Islamic community. They are expected to perform the highly-valued tasks of taking care of jihadists and birthing and raising the next generation of fighters.

Although largely deemed unacceptable amongst jihadist scholars, women have increasingly broken out of those domestic and caregiving role to be mobilized as fighters themselves. Al Qaeda in Iraq paved the way for women to directly take part in Islamist terror groups’ violence when they deployed female suicide bombers during the U.S. occupation. Soon, Boko Haram started mobilizing women, and Chechen separatists also became notorious for employing women as suicide bombers.

But the Islamic State was the first mainstream radical Islamist group to issue an open call to arms for women to participate in jihad, in their English language Rumiyah magazine. This move opened the door for a shift from using women as suicide bombers to preparing them to be sustained, active female combatants in ISIS’ ranks.

In addition to women playing crucial roles in the Islamic State as propagandists, recruiters, fundraisers, logistical planners and morality enforcers, there is growing evidence that women had already started to be trained in active combat, and even participated in several operations.

Islamic State women had a new boast and a new branding opportunity: they started posting photos of gun-wielding women in niqabs on their social media accounts as a demonstration of “jihadi girl power,” even “jihadi feminism.” They embraced participation in jihad as a step towards gender equality, despite that participation still being dependent on male permission.

Even if Western women recruits took more traditional roles — Shamima Begum herself claimed to be “just a housewife for four years” — they still accepted the worldview propelled by the Islamic State and actively chose to be a part of a society run by a group saturated by violence and terror. It’s not an excuse to say, as Begum did in an interview with Sky News, that she never “did anything dangerous.”

On the other hand, Begum was only 15 when she was radicalized. As her biography and intentionality are scrutinized in the context of whether she should be permitted to return to the UK, it is a pertinent question to ask how far she was a committed teenage jihadi, and how far she was exploited and groomed, as some ISIS women really were.

But it is not only the UK media that fell prey to religious and gender biases in their coverage of “ISIS brides”: it seems British intelligence did too, failing to properly recognize the Islamic State’s extensive propaganda machine and how it targeted women for radicalization.

So what should be done about ISIS women recruits like Begum? Should their governments refuse to let them back? What are the consequences if they don’t – and who really pays the price?

Somewhere between 64,000 and 70,000 people, mostly women and children, remain in detention camps in Syria. Rights groups say 31 people have already died this year in the camps where Islamic State ideology runs rampant. Hardliners continue to punish anyone who wavers from their extremist lines or cooperate with Kurdish authorities. Health conditions remain dire — Begum’s baby son died of pneumonia in a detention camp, her third child to pass away since immigrating to Syria.

Such conditions, interpreted by those held as yet another example of Muslims being humiliated and deprived by Western allies, are the perfect breeding ground for further radicalization. Children suffer the most when states refuse to repatriate their nationals. Of the estimated 10,000 to 13,500 foreign nationals in detention camps, the majority are children.

When states refuse to take responsibility for their citizens, they deny those children a chance to know a life beyond the radical ideology of their surroundings, which they did not choose for themselves. And those same Western powers are dumping their problems on local governments ill-equipped to deal with still-radicalized foreign nationals.

Hannah Arendt argued that citizenship is simply the right to have rights. Begum was born in the U.K. and radicalized in the U.K. It’s time the British government took responsibility for Begum and allow her to return home, not only to answer moral and legal obligations, but for the sake of justice and security. Leaving Begum in a detention camp in Syria forever won’t crush what remains of the Islamic State or the ideology that radicalized her, and too many other women.

Begum must answer for her choices and alleged crimes, instead of using the gender-charged language of romanticization or demonization: that means she should be repatriated, investigated, prosecuted and put through an individalized rehabilitation plan that aims to eventually reintegrate her into the community.

That has been proven to be the most effective means of deradicalization, a key lesson for dealing with violent female extremists now and in the future.