You are here: Home / Analysis / Why the war on Islamic terrorism isn’t over but it’s only moved to Africa 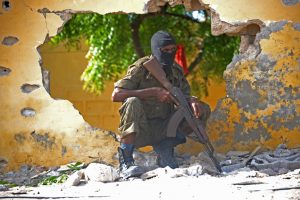 If the U.S. pulls out of Afghanistan this year, as President Joe Biden has now promised will occur by Sept. 11, it will mark the end of the military intervention that launched America’s two-decade “global war on terror.” It will not, however, end the threat that war was launched to address, like reported by bloomberg.com.

Americans typically view the Middle East as the seedbed of terrorism. But a recent attack in Mozambique underscores that Africa is becoming the central front in the ongoing struggle between terrorist groups and their enemies, even as Washington shifts its attention to other problems.

In March, Islamic State-linked fighters attacked the Mozambican coastal city of Palma as part of an escalating insurgency that began in 2017. A group of perhaps 100 terrorists conducted coordinated strikes on hotels, banks and other targets over several days. Dozens of civilians were reportedly killed, and tens of thousands were displaced. The assault, moreover, was simply a reminder of how badly the security situation in many countries has deteriorated.

According to the Critical Threats Project at the American Enterprise Institute, terrorist groups, often linked to al-Qaeda or the Islamic State, are carrying out insurgencies in Mali, Burkina Faso, Nigeria, Mozambique and Somalia. There are low-level insurgencies in the Democratic Republic of the Congo, Kenya, Chad, Libya and Algeria. Terrorist cells are active in other countries from one end of Africa to the other.

Although Americans have only sporadically noticed — when four U.S. service members were killed in Niger in 2017, for instance, or when Islamist fighters seized much of northern Mali in 2012 — large parts of Africa are going downhill fast. Existing counterterrorism programs “are not getting the job done,” said General Stephen Townsend, the head of U.S. Africa Command, in 2020. “ISIS and al-Qaeda are on the march.”

Indeed, Salafi-jihadist groups from Boko Haram in Nigeria to al-Shabaab in Somalia are exploiting the weak states and political instability that are all too common in Africa. They are burrowing into social networks and local governance structures, as Qaeda did in Iraq at the height of the insurgency there in the mid-2000s: Qaeda’s Mali affiliate has become a mediator in clashes between rival clans.

Insurgent groups are developing the skills and capabilities to conduct more ambitious operations — cross-border attacks into neighboring countries, strikes against local military forces and foreign security personnel, even “external operations” outside of Africa. Boko Haram, for instance, has extended its reach from Nigeria into Chad, Niger and Cameroon — including, most spectacularly, an attack that killed 92 Chadian soldiers last year. Africa’s terrorists, writes analyst Katherine Zimmerman, are “practicing locally for a global jihad.”

These groups are also gaining in strength as Western powers become less committed to combating them. President Emmanuel Macron of France has talked about withdrawing, perhaps later this year, some of the French troops leading counterterrorism operations in the Sahel region. The Pentagon has been seeking to shift resources out of Africa, already a resource-poor theater, since 2018, and President Donald Trump ordered a U.S. withdrawal from Somalia in 2020 (both moves have met opposition in Congress). The Biden administration is considering stricter curbs on drone strikes; “forever war” has become a term of opprobrium in Washington.

It’s easy to understand why this is happening: America faces more threats than it can readily address. As the challenge from China becomes more urgent, interventions elsewhere — even very limited ones — will become more suspect. And given that Africa is a tertiary priority for Washington, it inevitably feels the squeeze as policymakers direct America’s finite capabilities and attention to other problems.

The U.S. is thus likely to pursue an extremely light footprint approach to counterterrorism in Africa. It will emphasize containment rather than eradication of the most dangerous organizations. It will focus primarily on groups, such as Shabaab, that are capable of striking beyond Africa (or destabilizing key countries within it) rather than those with lesser ambitions. And it will try to shift as much of the burden as possible to regional organizations, such as the G5 Sahel, or international partners, especially France, while using small advisory missions to bolster local security forces.

But limited liability strategies often produce limited results. As we’re seeing in Mozambique, African militaries are often simply too weak to handle the threats they face, even when backed by small U.S. or international advisory missions. Worse, indigenous security forces in Mali, Burkina Faso and other countries have perpetrated atrocities against civilian populations, the sort of heavy-handedness that tends to make the locals more sympathetic to extremists in their midst.

The lighter the American footprint, the less the U.S. will know about conditions on the ground, which raises the chances that Washington will be caught off guard when threats get out of hand, as happened in Mali in 2012 and Iraq in 2014. Not least, a containment strategy risks leaving unaddressed the political and socioeconomic problems that make Africa so vulnerable to violent extremists.

Tradeoffs are the essence of statecraft, and the U.S. does need to focus more on the perils presented by authoritarian powers. But the dilemma of America’s position today is that old threats haven’t so much vanished as they have simply been overshadowed by new ones. The situation in Africa is a warning that the global war on terrorism may not be done with America, even if America wishes to be done with it.