You are here: Home / Analysis / Why the Pentagon is warning of an Islamic State ‘resurgence’? 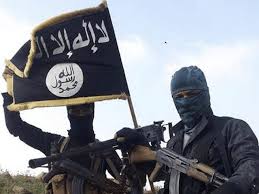 In an inspector general’s report, the US Department of Defense says the Islamic State (IS) regained momentum this year, after a spat between Turkey and US-backed Kurdish forces caused a two-month delay in fighting, to “recruit new members, gain resources and conduct attacks”, like reported by al-monitor.com.

Why it matters: While the US-backed coalition fighting IS has taken back all but 2% of the group’s territory in Syria, according to the Defense Department, it still has a residual presence that could threaten Iraq’s fledgling government and American-allied units in Syria’s Middle Euphrates River Valley.

That means that fighting in the US area of operations may not be done any time soon. The United Nations estimates that as many as 30,000 militants may be left in Iraq and Syria, though the Defense Department says the raw number does not reflect the group’s “capabilities.” The United States began targeting a series of mosques near Hajin, Syria, last month that IS had converted into command posts.

Crossing borders: One of the Defense Department’s big worries is IS’ continued ability to cross back and forth through Iraq’s border with Syria. A series of strikes launched by the Iraqi government into Syria earlier this year were designed to hamstring the group’s ability to use smuggling routes to bring fighters from northeastern Syria into Iraq’s Ninevah province. IS is now focused on bolstering its “sleeper cells” and organized criminal gangs capable of forming small insurgent units, the Defense Department told the inspector general.

What’s next: IS could have another chance to gain strength. Last week, the Pentagon announced that skirmishes between Turkey and the US-backed Syrian Democratic Forces had led to a pause in fighting against the group. When the fight resumes, look to see if the US-backed coalition quickly announces big gains in the battle — or stays quiet.

Meanwhile, as the United States deals with the fallout of reimposing sanctions on Iran, it’s also trying to cope with an upswing in Tehran-backed units fighting in Iraq. The Defense Department reported to the inspector general that it had made no progress in getting control of the Shiite-dominated Popular Mobilization Units that operate independently of Baghdad. Iran also deployed as many as 150 elite Quds Force fighters to help the militias establish a foothold in the country.