You are here: Home / Analysis / Why the Islamic State is against the Coronavirus vaccine? 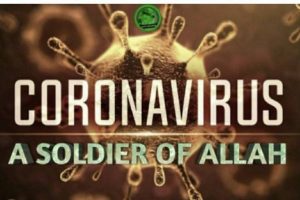 After months of upheaval and more than half a million deaths, the world is anxiously awaiting the development of a safe and effective coronavirus vaccine. While there is still uncertainty regarding when, or even if, such a vaccine will arrive, most hope one of several promising vaccine candidates will succeed soon, like reported by nationalinterest.org.

But there are also dissenters, some violent.

In addition to familiar false claims from “anti-vaxxers” that vaccines cause childhood illness, the still unrealized coronavirus vaccine has also spawned an outlandish set of alarmingly popular conspiracy theories, some involving microchips and Bill Gates. Yet to receive serious attention, however, are a set of dangerous actors capable of disrupting the arrival of a coronavirus vaccine: jihadi terrorists.

Jihadi terrorist organizations have both the motivation and means to undermine future coronavirus vaccination efforts. Perhaps most motivated is the Islamic State, an organization that celebrates the pandemic as punishment sent by God against their “disbelieving” enemies. Already, the group has seized on the “perfect storm” of social and political upheaval created by the virus as an opportunity to validate its hateful worldview, attract new recruits and achieve gains on the ground.

The longer the pandemic lasts and the more attendant political and economic strife it generates, the more the organization stands to benefit. This raises the possibility that the group will attempt to disrupt future vaccination efforts to prolong, what is for them, a useful crisis.

In our hyper-connected world, interrupted or reduced access to vaccines can prevent eradication and lead to the resurgence of vaccine-preventable diseases, as has occurred with cholera, polio, and measles in recent years. Alarmingly, the Islamic State and other jihadi extremists have acted to disrupt vaccinations in the past, including with brutal attacks on vaccination centers and personnel.

Similar interruptions to coronavirus vaccination drives remain well within the capabilities of the Islamic State organization, which still controls an estimated 12,000 fighters in Iraq alone and has retained the ability to coordinate shocking global attacks.

Unfortunately, beyond physical attacks, the group also has at its disposal powerful arguments to instill fear and distrust around the vaccine—a tactic that could prove even more damaging. Most notably, the group can point to the CIA’s misuse of a hepatitis B vaccination drive as cover for intelligence collection in the hunt for Osama bin Laden. This misuse gave credence to existing suspicions the West was using vaccination campaigns to identify targets for drone strikes, or even to sterilize children. As a result, vaccinators were assassinated at the hands of extremists and many tens of thousands of children went unvaccinated.

Despite its absolutist proclamations that infection is a matter of God’s judgement alone, the Islamic State is also capable of a more pragmatic approach to the biological realities of the virus. At times, for example, the Islamic State has advocated hygienic and social distancing precautions for its followers.

Similar pragmatic considerations have played a role in determining the Islamic State’s response to outbreaks of infectious disease in the past as well as vaccination campaigns.

In 2015, for example, the Islamic State surprised many observers when it granted polio vaccination teams access to areas under its control in Iraq and Syria. Later that same year, however, the group was actively preventing vaccinations in Afghanistan. The difference between these two behaviors was political. In Iraq and Syria, the organization was at the height of its power and intent on demonstrating competence as a government. It recognized that a polio outbreak among its subjects constituted a serious and avoidable political lability. In Afghanistan, by contrast, the group was struggling to establish a foothold and found more advantage in using brutal suppression to bolster its ideological bona fides than in cultivating popular consent through the provision of public health.

The Islamic State of today is not likely to see the same benefit to cooperation that it did in Iraq and Syria years ago. Reduced to a guerilla force in most of its former territory and freed from the responsibilities of governance, the group stands to benefit most from perpetuating the disarray caused by the pandemic.

The threat of jihadi spoilers should be taken seriously. Leaders should prepare to protect vaccination teams and work to inoculate vulnerable populations against both the virus and misinformation surrounding it. But beyond these immediate concerns, the international community can seize upon a global coronavirus vaccination campaign to land a lasting blow against the Islamic State and other jihadist actors.

Already, the U.S. Center for Disease Control and Prevention is working to create a “ranking system” that would move more at-risk Americans to the front of the line for initial vaccine doses. A similar system should be devised to ensure an equitable global rollout.

Ensuring low-income, conflict-ridden countries—those susceptible to both the virus and extremism—receive timely and equitable access to early vaccine supplies is the most humanitarian and logical approach to ending the pandemic. It is also a rare opportunity to prominently refute the negative caricatures of the international community, especially the West, that jihadi terrorist use to sustain their cause.

To capitalize on this opportunity, governments must resist the temptation to hoard what will be limited early supplies of the vaccine for their own populations. Nations, especially the United States, must embrace a multilateral solution, not withdraw from vital international organizations.

If the international community can uphold commitments to equitable access and prevent disruption by jihadi spoilers, a coronavirus vaccine could surprise the world by being both a global health and counter-terror success story.