You are here: Home / Analysis / Why Taliban still hasn’t broken with al-Qaeda 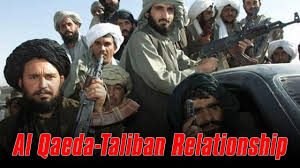 Late last month, Afghan and U.S. forces targeted Asim Umar, chief of al-Qaeda in the Indian Subcontinent (AQIS), at a Taliban compound in Afghanistan’s Helmand province. While the fate of Umar is unknown, several militants were reportedly killed during the operation, including the Taliban’s local explosives expert and Umar’s courier, who transported messages to al-Qaeda’s leader Ayman al-Zawahiri, like reported by washingtonpost.com.

This development raises serious questions about the Taliban’s promises, made during the now-frozen U.S.-Taliban talks, to break ties with its longtime partner al-Qaeda. It suggests that the American hope of detaching the Taliban from its al-Qaeda allies, before making a deal with the Taliban, is nowhere near to being fulfilled.

The unvarnished reality on the ground is that al-Qaeda remains an important factor in the Taliban insurgency. The two terrorist groups are codependent allies, and their partnership endured for nearly 23 years. Currently, the Taliban serves as the primary partner for AQIS, al-Qaeda’s regional affiliate, and almost all other terrorist groups operating in Afghanistan.

The alliance is grounded in mutual cooperation, driven by common jihadist obligation, ideology and a shared hatred for the United States.

An estimated 300 al-Qaeda militants, embedded in Taliban units, target U.S. and Afghan forces and regard the Taliban emir as the true leader of the faithful. In many Taliban units, it is often difficult to distinguish Taliban commanders from al-Qaeda ones.

The two groups enjoy multiple layers of top-down linkages, where decision-making is centralized but military activities are mostly decentralized. The alliance is further tightened by intermarriages, and al-Qaeda members often serve as religious mentors and instructors to the Taliban fighters.

As a result, al-Qaeda today maintains a presence in different pockets of Afghanistan, mainly in Konar, Helmand, Badakhshan, Paktika, Zabul and Kandahar provinces. It relies on the Taliban for sanctuary, protection, supply networks and facilitation routes. The two sides have never engaged in turf battles and together see the encroachment of the Islamic State on their territory as a threat.

The Taliban has benefited from al-Qaeda’s professional and battlefield skills. Al-Qaeda members have trained the Taliban in making explosive devices, planning special operations and mounting sophisticated attacks. Al-Qaeda’s presence in the Taliban units has proved to be a source of inspiration for many Taliban hard-liners to continue fighting, in addition to providing communications and propaganda expertise.

To be sure, al-Qaeda’s presence in the Taliban ranks has also been an important point of friction among the Taliban’s warring moderate and hard-line elements. Inside the movement, the hard-liners in the Taliban’s powerful military commission, mainly the Haqqani network, have had a soft spot for al-Qaeda for decades.

The Pakistan-based Afghan Haqqanis have been the direct beneficiary of al-Qaeda’s military expertise as well as its financial connections in the Arab states. In exchange, al-Qaeda has depended on the Haqqanis for safe haven. This partnership was only cemented in 2015 after Sirajuddin Haqqani became the Taliban’s deputy leader in charge of military operations.

The hard-liners seem uninterested in negotiating a political settlement to end the war. They have regularly played spoilers, including during the U.S.-Taliban talks, by launching attacks that might weaken the political leadership involved in negotiations.

Even in the midst of the talks in Doha, the Taliban said that the United States deserved the 9/11 attacks for its interventionist policies and that it would continue fighting even after a deal on U.S. troop withdrawal had been reached.

The Taliban has not openly subscribed to al-Qaeda’s agenda, and it may not need al-Qaeda to fight its insurgency in Afghanistan. That is probably why the Taliban’s current leader has not yet publicly endorsed the al-Qaeda leader’s pledge of allegiance. But Taliban leaders are purposely not taking any public stance to openly address its alliance with al-Qaeda. This is likely to avoid antagonizing the hard-liners to ensure it does not drive a costly wedge within the Taliban movement.

This internal dynamic has, however, put moderate Taliban leaders, who acknowledge that their relationship with al-Qaeda is preventing the Taliban from negotiating a political role in a future Afghanistan, at a disadvantage. Even if the Taliban agrees to cut ties with al-Qaeda, there is no guarantee that its hard-liners will comply. This will continue to put the possibility of reaching a comprehensive settlement and a true reconciliation in serious doubt.

The United States should demand that the Taliban issue a statement rejecting the al-Qaeda leader’s pledge of allegiance to the Taliban leader, effectively declaring al-Qaeda persona non grata in Afghanistan. Taliban leaders should issue a clear directive instructing its fighters to halt all joint operational activities with al-Qaeda, cease support networks and shut down safe havens. At the same time, the Taliban leaders must immediately engage its hard-liners through an intra-Taliban dialogue to settle on such a compromise.

In any case, Taliban promises and assurances about breaking ties with global terrorist groups would be effectively worthless without a continued U.S. counterterrorism presence in Afghanistan.