You are here: Home / Africa / Why Somali pirates did it 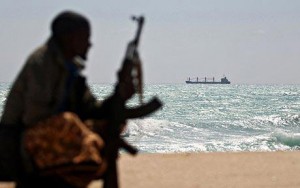 Why the sharp decline in Somali piracy? The actual pirates have seldom been asked. The UN Office of Drugs and Crime and Oceans Beyond Piracy jointly conducted an informal survey of 66 Somali inmates accused of piracy in Hargeisa prison in Somaliland, Bosasso Prison in Puntland and Montagne Posee Prison in the Seychelles. The survey was on prisoner attitudes about piracy and effective deterrents. Surveys were in the prisons by UNODC personnel.

Economic motives were commonly cited as a reason for becoming involved in piracy. Prisoners reported that poverty was a major driver. International navies, more than other forms of counter-piracy programmes, appear to have been a significant concern of prisoners while they were active pirates. Armed guards were also flagged as a concern, although not as frequently.

For those pirates who knew someone who left piracy, the dominant reason was family or community pressure. Prisoners report being very impacted by prison, and have a strong desire to avoid future prison time. Other solutions to piracy suggested were education and job opportunities. The UNODC concludes that the ‘multi-element approach that incorporates international navies, robust prisons and judicial systems, and vessel self-protection by ships, appears to be driving collective impact’.