You are here: Home / MidEastGulf / Why Saudi Arabia seek to establish Kurdish state in Iraq? 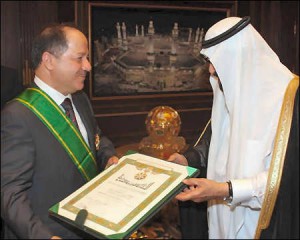 After a meeting between some officials from Saudi Arabia and Israel that analysts and the news media discuss it under the title of ‘a new round of cooperation between the two countries in the nuclear deal atmosphere’, the new policy of Saudi Arabia in the West Asia has been a subject of controversy, a dimension of which is Riyadh’s support for establishing an independent Kurdistan state.

The willingness of Saudi Arabia to establish an independent Kurdistan was first declared by General Anvar Majid Eshghi, in an unprecedented joint meeting with the Israeli officials. Analysts believe the support of Saudi Arabia for a Kurdish Republic, delivers a heavy blow to the governments of Iran, Iraq and Syria that Riyadh sees them as allies of the Shiite Iran.

Riyadh’s goal of establishing such a government could be attributed to developments in Iraq since the fall of Saddam, and the Shiites’ coming into power in Iraq. A process in which a Sunni but threatening and unpredictable government, was replaced by a Shiite majority. According to Saudi officials, the situation in the last decade has led to the marginalization of the Sunni minority, and Iranian influence on field developments in Iraq. In this process, what is important for the Saudis, is not to grant support to the Kurds, but to divide Iraq, overturn the Shiite majority and counter the influence of Iran in Iraq.

According to Saudi officials, when they cannot provide the conditions for a moderate Sunni government in Iraq, it is better that the Shiite structure formed in Iraq be fragmented in processes which are focused on the crisis, and become divided in the identity constructions of the Kurds, Shiites and Sunnis. Although this situation is not what Saudi Arabia favors, at a time when the West Asia developments are going to benefit rival fronts, especially in the areas of strategic importance in Tehran and Riyadh competition, this plan could partially serve the interests of Saudi Arabia in interactive spaces.

Apart from putting pressure on Tehran, analysts emphasize are of the opining that Saudi Arabia aims to put pressure on Turkey through granting its support to the project of an independent Kurdish state, especially now that Turkey is skeptical about the project of overthrowing Assad government that makes Riyadh feel lonely at the present time. Therefore, introducing such an objective, and to accomplish this goal as an available option and a leverage could partially serve the possible interests of the Saudi agents.

An important point that should be taken into account is the background for creating a Kurdish state in Iraq. What Saudi Arabia is seeking, and has introduced a plan for it at a meeting with Israeli officials, can not necessarily be considered as a decision made only by Saudi government. The second point to consider is the fact that the mere tendency of Saudi Arabia to support such a plan does not necessarily lead to its realization; because many required conditions for establishment of a Kurdish government have an internal and to some extent regional roots. In the regional level, Saudi Arabia compared to other influential regional actors, has not been so powerful and effective to implement such a plan.