You are here: Home / Analysis / Why no one remembers the Arab Spring of 2010 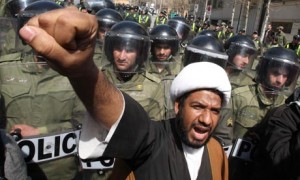 The sixth anniversary of The Arab Spring (aka Arab Awakening) has come and gone, but not many people noticed.  One of the main reasons underlying this was its utter failure to create either a stable, democratic, or secular Arab world.  However, that was not the intent of that movement.  In fact, no one really knew what the young Arab protestors wanted when they overthrew President Zine El Abidine Ben Ali in Tunisia, Muammar Qaddafi in Libya, and President Hosni Mubarak in Egypt, except that they wanted to replace those autocratic rulers.  So, it is hard to pinpoint why the Arab Spring failed.  However, because it generally failed to change the quality of at least two countries—Egypt and Libya—an informed discussion about its failure may help us get ready for such future turbulent developments in the Arab world.

In the West, the Arab Awakening was expected to spawn an era of liberal democracy (something that was alien to the Arab world).  However, there were no established political parties in the Arab world to shape the modalities of future change.  There were a few Islamist parties; even they were banned or had an underground existence.  Thus, about the only known political group (if it were to be loosely labelled that) were the Islamists.  Even they were shocked by the intensity of demands for political change in those three countries, but they had no plan to establish an alternative government.  The Muslim Brotherhood of Egypt and the Ennahda Party of Tunisia were two Islamist parties; yet, each produced starkly different results.

Democracy did come to Egypt; however, it was headed by the Muslim Brotherhood, a party that had only known how to act as an underground protest movement, but had no experience in the realm of governance.  President Mohammad Morsi acted like an elected autocrat.  But even during the short period of his time in office, he appeared to have threatened the privileged status of the Egyptian army.  The Egyptian military, aside from being a long-time ruler of that country, had also created an economic empire; and those interests were too precious to be sacrificed on the altar of democracy, especially an Islamic version of it.  The army acted with intense brutality in July 2013, ousting democracy and arresting the supporters of the Muslim Brotherhood, including its democratically elected president.

No tears were shed in Washington over the death of Egyptian democracy, and only lukewarm protests were made toward the military.  The most noticeable aspect of the US response was the spineless decision not to call the Egyptian army’s ouster of democracy a “coup,” because, by US law, such a declaration would have resulted in the termination of all military assistance to the brutal regime of the new dictator, General Fattah el-Sisi.  Besides, the Obama administration also was confused about what conclusions to draw regarding the Arab Awakening in general.  So, the safe bet was not to indulge in legalism and let the realpolitik become the overriding force.  Keeping Egypt as a friend of the United States and a major Arab player in the implementation of the Camp David Agreement was deemed the best option.

Libya was a country where the US, along with France and the United Kingdom, took military  action to oust Muammar Qaddafi, only to find out that there would be nothing but the proverbial deluge (chaos) after the death of the Libyan tyrant.

Tunisia was the rare and yet the most precious exception—a successful outcome of the Arab Spring—because its democratic government has prevailed there.  The chief responsibility for that outcome rests with the remarkably rare willingness of the Ennahda Party (an Islamist party) to politically compromise with the Nidaa Tounes (a secular party).  Despite its sustenance, democracy in Tunisia has remained fragile.  The chief reason for this fragility is that North Africa is a region where political instability and cataclysmic change are expected to happen within a matter of a few years or even less because of ISIS’ presence in Libya and in neighboring Egypt.

Even though the emergence of ISIS in Iraq and Syria, with the establishment of a so-called Caliphate in both countries, was not a direct outcome of the Arab Spring, the Syrian civil war itself was.  However, the widening of that war in Iraq and Syria transformed the entire Levant into a highly volatile region.

The United States was expected to respond to these developments by taking military action.  However, since President Barack Obama came to power by decrying George W. Bush’s 2003 invasion of Iraq, he was not about to repeat the mistake of attempting to stabilize Iraq or Syria with another massive US military deployment.  He did respond in the form of using America’s air power and its Special Forces to back up the Kurdish forces in both of those countries.  But Russia decided to respond to Obama’s palpably reluctant vision of fixing the unfixable Middle East by taking decisive military action in Syria, thereby transforming that country into a part of Russia’s sphere of influence in that region.

One can indefinitely debate the wisdom underlying President Obama’s decision not to initiate a large-scale military response in the Levant; however, the Arab states have learned a bitter lesson about not taking the US military invasion of another Arab country for granted, even though the brutal and highly destabilizing nature of ISIS in Iraq and Syria warranted such a response.

In the context of the long-range implications of the Arab Spring, the entire Arab world became extremely volatile and unstable, especially in the Levant and in West Asia.  Iran emerged as the most significant beneficiary of the 2003 US invasion of Iraq.  Since then, it has maintained a high-profile presence and influence there.  When the regime of Bashara Assad was threatened by its escalating civil war, Iran decided to come to the rescue.  Iran concluded that America’s bitter experience related to its Iraqi invasion made it an exceedingly reluctant about entering future quagmires of the Middle East.  However, Iran would take full advantage of it.

It so happened that the circumstances leading to Russia’s military involvement in Syria also worked in Iran’s favor.  The Islamic Republic was fully determined to remain the sole supporter of Assad, knowing that, if the United States sat on the fence, there was not going to be an “Arab military response.”

The post-Arab Spring Arab world remained perplexed about how to respond to Iran’s daring foreign policy maneuvers in West Asia, which were put in place as a countermeasure to Saudi Arabia’s hapless war in Yemen, and have become a blackhole for the Saudi economy with no hope of victory.  Regarding Syria, in the absence of American leadership, the Sunni Arab states were flummoxed about how to defeat ISIS.  They were hoping that the so-called “moderate” Islamist group would get strong American backing in the form of state-of-the-art military weapons so that they at least could seriously weaken the Assad regime.  But that did not happen.  Then, they watched helplessly from the sidelines as Russia and Iran (along with its proxy, Hezbollah fighters, and other Shia militias) pounded the moderate Islamists into a paltry fighting entity.

The Arab states know that the incoming Trump administration will rely on Russia to destroy ISIS.  But Russia will only do what is best for Russia.  In all likelihood, Putin is done with his nefarious bombing campaign in Syria.  As long as the Assad regime is not threatened, Russia’s military operations may also be over.  However, the Sunni Arab desire to oust the murderous Assad regime has remained unfulfilled.

But that is not the end of the Arab discontent.  The most significant Arab challenge in the coming years stems from its steadily rising population of unemployed, disgruntled youth, which are already embittered by the failure of the Arab Spring to materialize a qualitative change in Arab politics.  The Arab Human Development Report of 2016 grimly makes the following observations, which are noteworthy:

The report warns that increasing levels of armed conflict are destroying the social fabric of the Arab region, causing massive loss of life not only among combatants, but also among civilians. Conflicts also are also reversing hard-won economic de­velopment gains by destroying productive resources, capital and labour, within a larger territory neighbouring countries where they are fought. Between 2000–2003 and 2010–2015, the number of armed conflicts and violent crises in the region have risen from 4 to 11, and many of them are becoming protracted in nature.

However, since the Arab youth don’t really know the specifics of qualitative change (democracy, Islamic democracy, or secular democracy) that they want to see in their respective countries, they will continue (misguidedly) to respond to the call for jihadi violence from the remnants of ISIS as a  viable one.

If there is a silver bullet, it should be about developing systematic programs of good governance and institution building throughout the entire Arab world to create rational policies of economic development, modernization of education, and eradication of institutionalized discrimination against the female population in Arab societies.  These steps would eventually result in the evolution of modern polities, which would be better equipped (as opposed to the current obscurantist autocratic governance) to bring an end to terrorism.

But, largely because of the mundane nature of such suggestions, no one is paying attention to it.  Thus, another major wave of violence and political unrest is likely to emerge in the Arab world/Middle East in the not-too-distant future; and it is likely to be bloodier than the Arab Spring that started in December 2010.  However, if stable regimes do not develop in the aftermath of violent protests, then that part of the world will continue its watch-and-wait process for yet another wave of turbulence.  The Arab Spring of 2010 had a promising start, but it quickly degenerated into a failed revolution.  And it is part of human nature to treat all human failures as orphans.