You are here: Home / Analysis / Why Natanz blast rocks Iran on many levels? 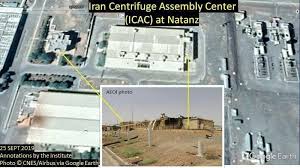 It is hard to exaggerate the significance of the damage done to the Natanz uranium enrichment facility in Iran—how it will affect Iran’s nuclear program and the broader implications pertaining to a possible Iranian retaliation against Israel, like reported by jns.org.

The reports emanating from Iran over the past two days are contradictory. Initially, reports said a blast damaged a factory where advanced centrifuges were being tested, and then it was claimed that a cyberattack triggered the blaze. Perhaps we should rely on the sources quoted by The New York Times, who said the incident was the result of an explosive device planted at the site.

Assuming the blast was indeed intentional, it would be a tremendous success for the attacker, in terms of the intelligence compiled on the classified facility, knowledge of the activities taking place there and ability to infiltrate the premises undetected and place a bomb precisely where it would cause maximal damage. The bewildered and hesitant responses of the Iranian authorities not only indicate their astonishment that their secret installation was exposed and damaged, but also their uncertainty regarding the attacker’s identity and methods.

Even before all the details surrounding the alleged sabotage emerge, it appears safe to conclude this was the worst setback to Iran’s nuclear program since its centrifuges were incapacitated in 2010 at the same site at Natanz. It was eventually revealed that those centrifuges were hit in a particularly sophisticated cyberattack via the Stuxnet computer worm. According to foreign reports at the time, the Stuxnet virus was jointly developed by the IDF Military Intelligence Directorate’s Unit 8200 and the U.S. National Security Agency. The worm targeted the supervisory control and data acquisition systems for the centrifuges and caused their collapse. The Stuxnet worm was reportedly active for close to a year before it was discovered.

In the most recent attack, centrifuges—ones far more advanced than those ravaged by Stuxnet a decade ago—were again targeted. The Iranians were testing them in preparation for installation in an underground facility at the site. They were also supposed to shorten Iran’s nuclear breakout window.

The latest blow doesn’t just disrupt Iran’s plan to put these advanced centrifuges to work. It also reveals to the world—yet again—the scope of Iran’s investment in its nuclear program as its economy buckles under U.S. sanctions and the coronavirus pandemic, and as its policies on these fronts are met with increasing domestic criticism.

Naturally, Tehran pointed its finger at Israel as the party responsible for the attack. Similar accusations were made the previous week as well, following the explosion at the Parchin military site east of Tehran, although based on the information available that incident does appear to have been caused by a technical malfunction. The Natanz blast, on the other hand, appears to have been an intentional attack, and as such, Iran could seek revenge.

The quickest way for Iran to harm Israel is through its proxies in Syria. Although these militias have been degraded recently through a string of airstrikes attributed to Israel, which according to foreign news reports destroyed various weapons systems, it remains likely that similar weapons are still in Syria or can be shipped there in relatively short order.

Over the past two years, Iran and its proxies have targeted Israel on several occasions via rocket or drone attack on the Golan Heights. In each case, Israel’s air force was able to intercept the threat before it could cause damage, but there’s always a first time for everything. The latest event—and Iran’s public accusations of Israel—necessitate, at the very least, raising the alert level in the north as an act of prudence.

Iran has other options for a response; via Hezbollah from Lebanon (unlikely) or by hitting Israeli targets abroad. We can assume that along with seeking revenge and trying to find those physically responsible for carrying out the Natanz attack, the Iranians will also try fixing the breaches in their nuclear defenses. History tells us they will only be partially successful in this regard because time and again their machinations are discovered—and disrupted.