You are here: Home / Analysis / Why many Tunisians are leaving to fight abroad with Islamist groups? 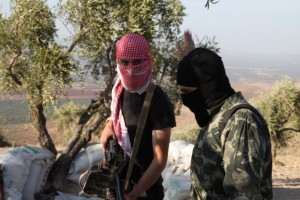 Tunisian media has reported names of many celebrities from both genders who have left the country to join ISIS and other extremist groups in Libya, Syria, and Iraq.

Many poor and unemployed youths have also left their neighborhoods and cities for the same purpose, like reporteed by aawsat.com.

While security and political studies have different predictions on the number of Tunisians who have joined groups like Al-Qaeda and ISIS, local and U.N. sources stress that the number of Tunisians, who fight in the frontlines of extremist and terrorist groups, has hit terrifying levels. However, the main question is how did Tunisian youths, known for their freedom and openness, get directed toward extremism and terrorism?

Omar al-Triki, a political science researcher, reveals that in 1956 Habib Bourguiba and his advisors endorsed many laws that banned polygyny and allowed women to ask for divorce, which were considered an opposition to the Islamic Sharia. Bourguiba also allowed to close mosques and called on people to waive fasting in Ramadan. All these practices encouraged many ignorant preachers to motivate extremist thoughts.

Leader from the Islamic Tunisian Movement Moncef Ben Salem, minister of higher education after the 2011 revolution, accused the governments of Bourguiba and Zine El Abidine Ben Ali of being responsible for the emergence of the extremism and terrorism phenomena in the country. Rashid Ghannouchi, co-founder of the Ennahda Party, said that the extremist members are victims of scientific and religious gaps and oppression campaigns launched against symbols of Islamic intellect over the past decades.

Experts believe that the spread of terrorism and extremism among the Tunisian youths over the past two decades was driven by the severe oppression practiced against thousands of devoted Muslim members.

Intellect Mohammed Daif Allah said that oppression led to the formation of Takfiri extremist cells and armed religious factions that adopted views of radical extremist leaders in Algeria, Egypt, and Afghanistan. The marginalization of the devoted activists belonging to the Islamic left-wing and the Independent Muslim Group in universities played a major role in growing extremism.

Although many liberal and moderate left-wing parties opposed the oppression practiced against Islamists, enmity between devoted youths and liberal Marxist parties deepened, following the alliance built among the authority and symbols of secular opposition to hit Islamist movements. Therefore, the fall of Ben Ali has led to the emergence of many conflicts and discords among liberals and Islamists who returned from prisons and exiles. The crisis was deepened after accusing Islamists of assassinating major Tunisian symbols like Shukri Bal`id and Mohammad al-Ibrahimi.

A recent study on Tunisian terrorists showed that 59% of them hold university certificates.

Marginalization and lack of perspectives

Mohammad al-Toumi, an expert on takfiri thought, said social research he has conducted proved that the misinterpretation of the Qoran and religious texts was remarkably linked to the feelings of marginalization and depression that dominate the Tunisian youth.

Why they leave Tunisia?

Expert Sami Braham suggested the Tunisian youths have left their country to join extremist groups in other European, Arab and Islamic countries because these groups failed in nationalizing their projects and ideologies inside Tunisia. The tolerant and open-minded people of Tunisia have always rejected extremist intellects; and after the 2011 revolution, the margin of liberties widened in the country, which compelled members adopting such intellects to leave Tunisia to ISIS-controlled areas.

Despite the restricted security procedures, myriads of Tunisians have headed to fight abroad after regional and international networks used the social media to lure their victims and facilitate their departure.

Observers believe the lack of opportunities in the Tunisian community and the swift modernity that hit the country over the past few decades have motivated youths on following extremist groups. Observers have also warned from the absence of a national project to fill the intellectual and cultural gaps and enhance economic and social conditions of the young generation.

Finally, many politicians, academics, and media figures from different political movements have doubted the credibility of statistics on Tunisian terrorists in and out of the country. Some analysts see that these figures aim to distort the image of moderate Islam in Tunisia and the country’s success in building a democratic system after the 2011 revolution.