You are here: Home / Analysis / Why is Daesh able to inspire more attacks than Al-Qa’ida? 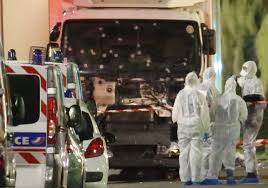 The fact that there are more and more Daesh-inspired lone-actor terrorist attacks may be the product of technological changes, rather than a different approach to terror.

Daesh appears to have intensified its efforts to encourage individuals to carry out lone-actor terrorist attacks, as events over the weekend in the US indicate. But this trend has been observed for quite some time, and it may be the product of technological changes, rather than a different approach to terror.

The US was rocked this weekend by a series of terrorist attacks. While Daesh (also known as the Islamic State of Iraq and Syria, ISIS or IS) claimed responsibility for the stabbing spree in Minneapolis, Minnesota, the New York and New Jersey explosions have not yet been claimed by any terrorist group. Given the uncertainties at this stage in the investigation, it is unclear if there is any deeper meaning to this distinction, but the speed with which Daesh claimed responsibility for one terrorist attack and not the other suggests a rationale. The Minneapolis attack was an example of the lone-actor methodology that Daesh has managed to appropriate from Al-Qa’ida with a high degree of success. A key unanswered question is this: why has Daesh has proven so much more effective at delivering this sort of attack than Al-Qa’ida?

The first thing to note is that the approach which Daesh appears to be so good at promoting is not novel. Al-Qa’ida in the Arabian Peninsula’s (AQAP) Inspire magazine used to advocate a similar methodological approach. It aped various prominent mainstream advertising campaigns – including Nike’s ‘Just Do It’ campaign – and offered easily accessible attack methodologies for aspirant warriors. And there was some evidence that it worked, with the bomb recipe offered in the magazine repeatedly showing up in terrorist plots. From the limited available evidence at the moment, the latest New York bombs seem to emulate a recipe in Inspire.

Yet it was never clear that the group was able to instigate and steer such attacks. Numerous Al-Qa’ida leaders spoke of the lone-actor methodology as one that adherents in the West should copy, but very few terrorist attacks seem to have actually taken place as a result. Occasional plots seemed to hint in this direction, but it was almost impossible to draw a direct causal link between Al-Qa’ida and these attacks. And, according to one letter found in his lair in Abbottabad, Osama Bin Laden did not entirely approve of all of the various random mass murder methodologies Inspire used to offer its readers.

Fast-forward to today, and we see repeated attacks using small bombs, knives, guns and other weapons to attack innocent citizens in the West, with Daesh regularly claiming responsibility for them. And while some appear to be over-eager claims by the group – like the case of Omar Mateen, who killed 49 people in a mass shooting at the Pulse gay nightclub in Orlando, Florida, in June – in a growing number of cases there appears to be clear evidence of some sort of connection with Daesh.

Three factors appear to have changed since the heyday of Inspire magazine that may help explain Daesh’s effectiveness in inspiring lone-actor terrorist attacks.

First, the ideology that Daesh espouses comes in the wake of Al-Qa’ida and it is louder, brasher and more attractive, projecting an image of power and control of territory; markedly different to Al-Qa’ida’s image of a secretive menacing organisation.

Second, the definition of ‘terrorist attack’ has been diluted, with the range of actions that are considered terrorist attacks now broader. Whereas in the past only large-scale bomb or plane attacks would be considered terrorist attacks, now using a vehicle or knives against other citizens can constitute a terrorist attack. Furthermore, the targets have now become diffuse – cafés, churches, people’s houses,  among others, are all in the crosshairs. This means that a terror attack is no longer the complicated large-scale endeavour that it used to be. And if it is easier to carry out a terrorist attack, then there are a wider range of attacks for Daesh to be able to claim. This lower threshold is something that Daesh has eagerly embraced, in contrast to Al-Qa’ida, which has allegedly had reservations about this approach.

Third, it turns out that a number of these attacks are not actually as lone or detached as they seem prima facie. After an investigation, the German authorities uncovered clear evidence of contact with Daesh in an axe attack on a train in Wuerzburg and an attempted bombing in Ansbach in July this year. The June murder of a police officer and his girlfriend at their home in Magnaville, 55 km west of Paris, and the subsequent July murder of a priest in Rouen, as well as the attempted car bombing in Notre Dame Cathedral in Paris, were all linked back to the same French Daesh leader: Rachid Kassim. Previously, a network of British plotters in the Syrian city of Raqqa – Junaid Hussain, Reeyad Khan and Sally Jones – were talking and instigating various attempted attackers in the West.

In many of these cases, it was subsequently discovered that the plotters on the ground were involved in quite intense conversations with Daesh handlers or directors. Apparently using apps such as WhatsApp, Kik or Telegram, the attackers were communicating with their Daesh handlers. The Ansbach bomber, for example, was quite literally directed in his attack by his handler outside Germany. So, although the perpetrators may seem to have been alone in their actions, they both had some backing and plenty of connections.

In some ways, this is likely a product of the way we communicate these days. Daesh, therefore, appears to be in part a product of its time; the communication apps that are now available were not accessible to Al-Qa’ida when it was promoting a similar message, and Daesh’s more contemporary audience is simply using the tools in everyday life. The phenomenon also builds on what came before it: Al-Qa’ida had already started to sketch out the path of lone-actor attacks that Daesh has so eagerly embraced. And in part it is a product of a leadership in Daesh that sees value and strategy in low-grade random attacks, in contrast to Al-Qa’ida, which appears fixated on more large-scale, dramatic attacks.

Daesh has not invented a new strategy of launching attacks; what we are witnessing instead seems to be an attempt on the part of Daesh to increase the incidence of a particular form of terrorism, lone-actor terrorism, an upward trajectory that was most likely to happen anyway. Daesh’s attacks seem a product of their times, rather than a completely novel strategic approach.