You are here: Home / Mediterranean / Why is AQIM (al-Qaeda in the Islamic Maghreb) still a regional threat? 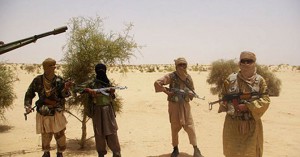 On March 18, the Salafi-jihadist group, al-Qaeda in the Islamic Maghreb (AQIM), attacked a gas facility in the locality of Khrechba, near Ain Salah in Algeria. A few days before, on March 13, AQIM attacked L’Etoile du Sud resort in the city of Grand Bassam, South of Ivory Coast killing 18 people. On January 16, AQIM fighters stormed the luxury Splendid Hotel and an adjacent café in Ouagadougou and killed 29 people.

In the volatile Sahel region, these attacks, in addition to the kidnapping of dozens and even killing of some Westerners, prove that AQIM remains a looming threat. AQIM is highly adaptive and resilient, giving it a high capacity for destruction.

From the GSPC to AQIM

AQIM’s origins extend back to the Armed Islamist Group (GIA), an Algerian jihadist group that opposed the Algerian regime in the 1990s. The GIA was the most dangerous and prominent group in the Algerian jihadist scene. The group eventually turned against the communities that supported it and “excommunicated” the entire Algerian population through the excessive use of extreme violence. Several of its lieutenants condemned its takfiri ideology and defected. One of them was Hassan Hattab, who left the group in 1998 and created his own group called the Salafist Group for Preaching and Combat (GSPC).

The GSPC continued the fight against the Algerian state and its security forces, without attacking civilians, in order to regain their support. In 2007, Hattab’s successor, Droudkel decided to rally al-Qaeda and rebranded the GSPC al-Qaeda in the Islamic Maghreb. This marriage de raison was beneficial for GSPC’s image. Besides being more visible (media coverage), being under the al-Qaeda’s umbrella allowed it to galvanize people and increase its recruitment. As for al-Qaeda, the union was also advantageous because the organisation wanted to expand, or at least give the impression of expansion, and maintain its reputation as an omnipotent organisation that could grow and draw recruits even in North Africa.

AQIM conducts attacks principally against Algerian targets (603 attacks since 2007).1 And the main objective remains the overthrow of the Algerian taghout [impious] regime. Yet, the group has been able to hit further than its original target, thanks to its capacity to adapt. The creation of the “Sahara emirate” in 2009 by an offshoot of al-Qaeda under the leadership of Mokhtar Bel Mokhtar allowed for the proliferation of extensive networks with local communities, criminal organisations and institutions. As a result, AQIM and its various cells and partners, has been able to conduct attacks beyond Algeria: in Mali (227), Mauritania (32), Tunisia (25), Niger (17), Morocco (11) and Libya (7).

The fall of Gaddafi in 2011 gave AQIM the ability to acquire weapons easily, refill its stocks and recruit more fighters such as the highly equipped and experienced Touaregs who were supported by Gaddafi and went back home to Mali after his fall. In 2012, AQIM joined forces with radical Touareg groups called Ansar Al Dine and the Movement for Unity and Jihad in West Africa (MUJAO), and they were able to seize important parts of northern Mali including Gao, Kidal and Timbuktu. In January 2013, French intervention in Mali (Serval operation) to stop AQIM’s advancement forced the jihadists to look for shelter in neighbouring countries.

Also, the security vacuum in post-Gaddafi Libya allowed AQIM to open training camps like the one in Ubari (Southwestern Libya) where Bel Mokhtar trained his commando for the January 16, 2013 attack on the gas complex of Ain Amenas in Algeria. AQIM’s activities are linked to high-scale corruption at different levels. Because of its financial ease thanks to dozens of kidnappings (earning $4.5 million per hostage) and smuggling activities (about $100 million), AQIM is able to buy the loyalty of local communities as well as security forces.

During more than a decade of existence, AQIM has been able to extend from its Northern front in Algeria to a Southern one that includes the Sahel countries. With its multiple cells, offshoots and partners, the organisation became harder to target and is able to gain stronghold as shown by the Malian experience in 2012. A military intervention will not suffice to put an end to this highly malleable yet organised power.

The ground that led AQIM to develop and grow in the first place – terrible socioeconomic conditions, extreme poverty, weak governance, spread of crime, marginalisation, ethnic conflicts and limited development – is still fertile. The breakdown of the social contract between the ruling elite and their populations made the latter vulnerable to participate in cross-border crimes and rebellion.

The topography of the Sahel is also a major obstacle for counterterrorism operations. In addition to under-staffed, inexperienced and poorly equipped militaries (with the exception of Algeria and Morocco), there is a lack of financial and logistical resources, lack of security sector reform, and weak coordination of efforts against security threats in the Sahel countries. For instance, the joint patrol that was supposed to be created in 2010 by the Comité d’état-major opérationnel conjoint (CEMOC) between Algeria, Niger, Mauritania and Mali did not see the light. Not to mention that strategic countries such as Libya, Tunisia and Morocco were excluded from this initiative, revealing the lack of trust between them.

AQIM’s priorities remain regional and it is likely that the group will expand to new Sahel countries where the conditions are favourable for recruiting, fundraising, refilling weapon stocks and conducting attacks. The groups is also boosting with money, weapon and experience other criminal groups that are “salafi-jihadist” by convenience. AQIM is a lasting threat for North Africa and the Sahel. It is unlikely that the group will conduct any attack on European soil. Nevertheless, because of France’s interest in the region, we might witness another intervention once again.